Philippus Aureolus Paracelsus was a Swiss doctor and alchemist (medieval doctor) noted for founding medical chemistry. He also was the first physician to correctly describe a number of serious illnesses, including tuberculosis, a disease of the lungs. 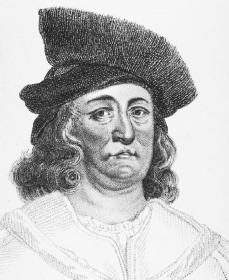 Philippus Aureolus Paracelsus.
Reproduced by permission of
Archive Photos, Inc.
1493. His father was a physician and instructed Theophrastus in Latin, botany, chemistry, and the history of religion. Theophrastus attended a mining school in Villach, where his father was appointed town physician. There he learned about metals, ores, and chemicals used to process them.

Theophrastus studied in Basel, Switzerland, and Italy, where he learned classical medical theory. He also studied at the University of Vienna, and then returned to Italy, where he received his doctorate in medicine from the University of Ferrara in 1515. While he was in Ferrara he took the name Paracelsus, which means "beyond Celsus." Celsus was a doctor of ancient Rome who was admired by Paracelsus's fellow physicians.

Paracelsus resumed his study of metals briefly, and then began a series of travels that lasted to the end of his life. He was an army physician in Denmark from 1518 to 1521. In 1522 he joined the military forces in Venice, Italy. By 1526 he had settled briefly at Tübingen, Austria, where he gathered a small group of students. Later that year he traveled to Strasbourg, France, were he bought his citizenship and apparently intended to settle down.

The classical theories of Aristotle (384–322 B.C.E. ), a Greek philosopher, and Galen (c. 130–c. 200), a Greek physician, formed the basis of medicine at the time. Aristotle and Galen believed that the human body contained four elements (earth, air, fire, and water). These had to be balanced in order to maintain health. Paracelsus believed that diseases came from outside the body. He thought diseases could be cured by supplying the right chemical, as opposed to herbal, medicines. These would restore internal balance. His successful cures served to support his theories and he acquired a reputation as a healer.

In 1526 Paracelsus went to Basel, Switzerland, to treat a patient. He stayed on and became the town physician. His responsibilities included lecturing at the university and supervising the local apothecaries (druggists). His lectures drew large audiences, but his teaching and style were unpopular with the authorities.

Paracelsus openly challenged traditional medical teachings. He preferred to lecture in German rather than Latin, which was the traditional language of teaching. Also, he refused to prescribe the medicines of the local apothecaries. In 1528 Paracelsus had to flee to escape arrest and imprisonment.

Paracelsus also wrote books about medicine, surgery, and cosmology (the nature of the universe). Paracelsus said that his outlook on the world was based on philosophy, astronomy, alchemy, and virtue. Alchemy was a medieval form of chemistry. Some people studied alchemy hoping to turn baser (lesser) metals into gold. In contrast, Paracelsus regarded alchemy as a spiritual science. He felt it required moral virtue on the part of the person who practiced it.

Paracelsus believed that for every evil there was a good that would eliminate it. Thus, he believed that there was a cure for every disease. He studied alchemy hoping to discover the means of restoring youth and prolonging life. He also thought that alchemy should not be restricted only to chemistry. He thought it was at work in all of nature. He felt strongly about relating his philosophy of nature to his religious beliefs.

After 1531 Paracelsus appears to have undergone a spiritual conversion. He gave up his material possessions. It is said he became like a beggar. He went to cities in Austria and Italy, where the plague (a highly contagious disease often carried by rats) was raging, and he attended to the sick. In this new spirit that drove him, Paracelsus gave special attention to the poor and the needy. His work was guided by a more mystical view of man and especially of the physician.

it was thought that Philippus Aureolus Paraecelsus had rejected the traditional use of bloodletting as a medical treatment.