Starting out as a newspaper publisher in his native Australia, Rupert Murdoch became a powerful media entrepreneur (someone who begins a business venture) with many publications in England and the United States. His style of journalism brought criticism from serious readers but served the entertainment needs of a wide audience.

Born March 11, 1931, in Melbourne, Australia, Keith Rupert Murdoch was the second son of a distinguished journalist. He and his two sisters and a brother were raised on a farm. His mother surrounded her children with classics in literature as well as music, with their living room hosting a grand piano. Rupert learned to ride horses at the age of five. His childhood has been described as ideal. His father, Sir Keith Murdoch, was a celebrated World War I (1914–18) reporter, who later became chief executive of the leading Melbourne Herald newspaper group.

After studying at Oxford University in England, Murdoch entered journalism as a reporter for the Birmingham Gazette and served an apprenticeship at the London Daily Express, where he learned the secrets of building circulation (average number of copies of a publication sold over a given time period). Returning to Australia to begin his publishing career, Murdoch revived the Adelaide News that he had inherited after his father's death in 1952.

In the process of expanding his $1.4 billion-a-year News Corporation Limited, Murdoch often heard from critics who disliked his entertaining style of journalism. He applied a recognizable formula to most of his papers. His trademark operations included rigid cost controls, circulation gimmicks (tricks to gain sales), flashy headlines, and a steady emphasis on sex, crime, and scandal stories. Murdoch's brand of publishing was scorned as rude and irresponsible by his fellow publishers.

In early 1969 Murdoch became a London publisher when he gained control of the Sunday paper News of the World, the largest English-language circulation paper in the world. Later in 1969 he bought a worn-down liberal paper, the Sun, which he transformed into an eye-catching tabloid featuring daily displays of a topless girl on page three. The Sun became the most profitable paper in his 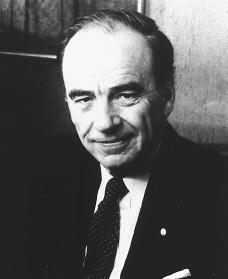 Murdoch expanded into the American market in 1973 when he acquired the San Antonio Express and News. In early 1974 he started the weekly tabloid the National Star (later renamed Star ) to compete with the popular Enquirer. It adopted a format based on celebrity gossip, health tips, and self-help advice that boosted its circulation to almost four million.

In his quest for a big-city audience, Murdoch surprised the publishing world in 1976 when he bought the New York Post, a highly regarded liberal (open-minded) paper. By changing its image he nearly doubled the circulation. Murdoch's newspaper style, though, did not fare as well in the United States as in Britain. The New York Post was a steady financial drain despite its increased circulation. Murdoch's formula did not attract advertisers. His American papers did not show a profit until 1983.

Murdoch was seen as an effective popular journalist who gave his readers what they wanted. Ignoring his critics, he regarded most papers as too snobbish in their approach and too boring in appearance. He preferred a bright and entertaining product that would attract the largest body of readers.

In 1983 Murdoch purchased a controlling interest (a majority of the company's stock that allowed him to make decisions for the company) in Satellite Television, a London company. His plan for beaming programs from satellites directly to homes equipped with small receivers did not progress, and his attempt to gain control of Warner Communications and its large film library did not succeed. In 1985, however, he did purchase the film company Twentieth Century Fox. A year later he bought six (Metromedia) television stations and sought to create a fourth major network called Fox Television. The United States does not permit foreign nationals to own broadcast stations. In order to maintain his control of Fox Television, Murdoch became a citizen of the United States in 1985. In 1987 he bought the U.S. publishing house Harper and Row.

Other than publishing, Murdoch's business interests include two television stations in Australia, half ownership in the country's largest private airlines, book publishing, records, ranching, gas and oil exploration, and a share in the British wire service Reuters News Corporation Limited, which earned almost $70 million in 1983.

Murdoch's personal wealth has been esti mated at over $340 million. Seen as fierce in his business dealings, Murdoch is known to be shy in his personal life. Living primarily in New York, he guarded his privacy with his wife Anna (a former Sydney Daily Mirror reporter) and their four children, one by a previous marriage. Murdoch divorced Anna in 1999 and married Wendi Deng, a former television executive more than thirty years his junior. In April 2000 he was diagnosed and treated for a "low grade" form of cancer. His radiation treatments did not slow his work pace. In 2001 Wendi had a baby girl, making Murdoch a father for the fifth time.

Could you please advise the names of 'Sir Rupert Murdoch's' siblings? I am somewhat puzzled to read 'He and his two sisters and a brother were raised on a farm'.

I have read that 'Sir Keith Murdoch' had 4 children one of which was his son Rupert and the other 3 were daughters. Mrs Helen Handbury, the eldest sibling died in 2004. I am confused, did Rupert Murdoch have a brother? Is there a 'John Murdoch' somewhere in the family?