The American poet E. E. Cummings wrote verse that presented romantic attitudes in an experimental style. Cummings's poems are not only ideas but crafted physical objects that show a fresh way of looking at reality.

Edward Estlin Cummings was born to a well-known family in Cambridge, Massachusetts, on October 14, 1894. His father, Edward, was a professor at Harvard University and later the nationally known minister of Old South Church in Boston, Massachusetts. His mother, Rebecca, who loved to spend time with her children, played games with Cummings and his sister, Elizabeth. It was Cummings's mother who introduced him to the joys of writing. Cummings wrote poems and also drew as a child, and he often played outdoors with the many other children who lived in his neighborhood. He also grew up in the company of such family friends as the philosophers William James (1842–1910) and Josiah Royce (1855–1916). He graduated from Harvard University in 1915 and then received an advanced degree from Harvard in 1916.

After graduating, Cummings became an ambulance driver in France just before America entered World War I (1914–1918; a war involving most European countries and, later, the United States). He was imprisoned for three months on suspicion of holding views critical of the French war effort, and this experience provided the material for his first book, The Enormous Room (1922). 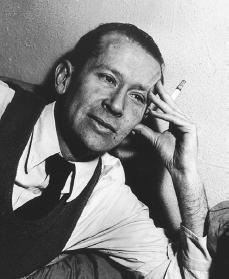 Cummings's romantic transcendentalism (which stressed the individual human being and his or her emotional experiences, the worship of nature, and the "spiritual"—or nonmaterial—basis of reality) resulted in the early rejection of his work, for it was not popular at the time. For several decades he had to pay for the publication of his work, and reviewers revealed very little understanding of his aims. His first volume of poems, Tulips and Chimneys (1923), was followed by a second volume two years later. Though Cummings received the Dial Award for poetry in 1925, he continued to have difficulty in finding a publisher.

In the ten years following 1925 only two volumes of Cummings's poems were published, both at his own expense: is 5 (1926) and W ( ViVa; 1931). In that decade Cummings also arranged for the publication of an experimental play, Him (1927), and a diarylike account of a trip to the Soviet Union, Eimi (1933). With his characteristic harsh wit, Cummings named the fourteen publishers who had rejected the manuscript of No Thanks (1935) in the book itself and said "Thanks" to his mother, who had paid for its publication.

Despite his dedication to growth and movement, and in contrast to his reputation as an experimenter in verse forms, Cummings actually tended to lack fresh invention. Especially in the 1930s, when he felt separated from his culture and his fellow poets, he repeated himself endlessly, writing many versions of essentially the same poem. Many of Cummings's devices, such as the visual "shaping" of poems, often seem like substitutes for original inspiration. However, Cummings's most characteristic devices—the unique, personal grammar and the breaking up and putting back together of words into different forms—were more than just another trick when they operated within the context of a poem's meaning.

The love poems and religious poems represent Cummings's greatest achievements. For example, "somewhere i have never travelled, gladly beyond" is one of the finest love poems in the English language, and Cummings's poem on the death of his beloved father, "my father moved through dooms of love," is a profoundly moving tribute. Cummings wrote some of the finest celebrations of sexual love and the religious experience of awe produced in the twentieth century, precisely at a time when it was not at all popular to write such poems.

After 1945 a new generation of poets in rebellion against the poets of the previous generation began to find in Cummings an echo of their own ideas about poetry, and Cummings began to receive the recognition that had escaped him for so long. In 1950 the Academy of American Poets awarded Cummings, a self-described "failure," a fellowship for "great achievement," and his collection Poems, 1923–1954 (1954) won praise from people who had earlier tended to criticize Cummings for his romanticism.

Harvard University honored its distinguished graduate by asking Cummings to deliver the Charles Eliot Norton Lectures in 1952–1953, his only attempt at formal artistic autobiography (a person's own telling of his or her life story). It was later published as i: six nonlectures (1953). In the lectures Cummings said that perhaps fifteen poems were faithful expressions of his thoughts as an artist and human. The total number of truly memorable short poems is certainly higher than this small figure, but is still only a fraction of the nearly one thousand poems published in his lifetime.

Cummings did not "develop" as a poet either in terms of ideas or of characteristic style. However, between the publication of his first volume and his final, called 73 Poems (1963), his work does show a deepening awareness and mastery of his special gift as poet of the mysteries of "death and forever with each breathing." His finest single volume is often said to be 95 Poems (1958). Cummings's Collected Poems was published in 1960.

In addition to the works mentioned, Cummings published several other experimental plays, a ballet, and some fifteen volumes of verse. Shortly before his death at North Conway, New Hampshire, on September 3, 1962, Cummings wrote the text to accompany photographs taken by his third wife, Marion Morehouse. Titled Adventures in Value (1962), this work is a good example of his lifelong effort to see intensely and deeply enough to confront the miracles of nature. If only a tenth of his poems should be thought worthwhile, Cummings will have been established as one of the more lasting poets America has produced.

thanks sooo much for this biography, very very helpful, becuz i need to do a biography on him for languguae. and its helping me very much
2
kourtney gauthier

omigod this site is my savior! very much appreciated; thanks so much :)
3
Lissy

Thank you so much, this is a big help with my Honors English Class!!
4
Justin

This saved me, english-ap project for E.E Cummings= Biography, citation, 10 written poem analysis. Thanks for the biography...