The American author Willa Cather is noted for her strong and thoughtful descriptions of prairie life in the last years of the midwestern frontier. Her poetic style was greatly different from other kinds of writing at the time.

Willa Sibert Cather was born in Winchester, Virginia, on December 7, 1873 (although she often lied about her year of birth and other things). She was the first of Charles Fectigue and Mary Virginia Boak Cather's seven children. Her father moved the family to Red Cloud, Nebraska, when Cather was nine years old, where he ran a farm loan business. Her immediate love for the prairie and her involvement in the lives of Bohemian and Scandinavian immigrants provided her with both the material and a simple manner of expression for her novels.

Although Cather was educated mainly by her mother, she had enough knowledge of English literature and Latin to do excellent work at the University of Nebraska. At this time she became interested in a career in journalism. She began working as a drama critic for newspapers in Lincoln, Nebraska, while still in school. After receiving a degree in 1895, she moved to Pittsburgh, Pennsylvania, and found employment as an editor, drama critic, and high school teacher.

In 1903 Cather published a collection of poems, April Twilights. In 1905 a collection of short stories, The Troll Garden, was issued. Neither collection really displayed her talent. Her first novel, Alexander's Bridge, the story of an engineer's love for two women, was published in 1912.

With a moving story of the prairie, O Pioneers! (1913), Cather at last discovered her subject matter. This tale of Alexandra Bergson, daughter of Swedish settlers, whose devotion to the land and to her younger brother interferes with her own chance for happiness, is a major novel and an important source for Cather's later work. In Song of the Lark (1915), she presents the story of a young woman's attempt at artistic accomplishment in a small town. My Antonia (1918), generally considered her finest novel, is based on a successful city lawyer's memories of his prairie boyhood and his love for Antonia Shimerda, a bright Bohemian girl. 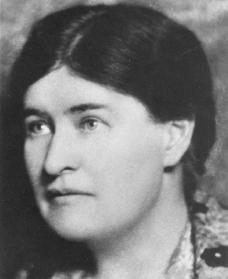 Willa Cather.
Reproduced by permission of the
Corbis Corporation
.

Cather's next novel, One of Ours (1922), about a man who goes to war in order to escape his midwestern farm environment, won the Pulitzer Prize. A Lost Lady (1923) tells the story of an educated, thoughtful young woman faced with the materialism (desire for wealth and material goods) of the post-pioneer period. The Professor's House (1925) is a study of the problems of youth and middle age. These three novels differ from Cather's earlier studies of prairie life in that the midwestern atmosphere is now described as a force working against the artistic dreams and intellectual development of the characters.

With the passing of the frontier, Cather permanently left the Midwest, both physically and as a source of subject matter for her novels. She lived off and on in New York and Europe until the late 1920s, then she discovered the Southwest desert, which came to serve as a substitute for the prairie. Death Comes for the Archbishop (1927) describes the dedicated missionaries (religious workers who travel around to spread the word of their faith to others) in Mexico during the 1850s. Shadows on the Rock (1931) is a description of French-Catholic life in seventeenth-century Quebec. Both novels represent Cather's interest in Roman Catholicism and her admiration for the qualities of courage and endurance that she observed in her life.

Willa Cather's devotion to the land and her respect for those rooted to it are key elements of her work. Man and nature are viewed as characters of equal importance in a cosmic drama. Despite her love for the prairie, she realized that neither frontier life nor its people were perfect. She was aware of, and described honestly, the intellectual stagnation (failure to move forward) and small-minded prejudice that existed side by side with the good qualities of frontier life.

In her last years Cather devoted herself to nonfiction and criticism. Not Under Forty (1936) contains an expression of her ideas about writing. Partly in order to devote herself to her writing, Cather never married. She died on April 24, 1947, in New York City.