Bram Stoker is best known as the author of Dracula (1897), one of the most famous horror novels of all time.

Abraham Stoker was born in Clontarf, Ireland, on November 8, 1847. He was a sickly child, bedridden for much of his boyhood until about the age of seven. As a youth, Stoker was intrigued by the stories told him by his mother, Charlotte. Especially influential to the mind of young Stoker were the stories she related about the cholera epidemic of 1832 which claimed thousands of lives. These cruel and vivid tales began to shape the young Stoker's imagination.

Stoker grew up strong, and as a student at Trinity College, in Dublin, Ireland, he excelled in athletics as well as academics, and graduated with honors in mathematics in 1870. He worked for ten years in the Irish Civil Service, and during this time contributed theater criticism to the Dublin Mail. His glowing reviews of Henry Irving's performances encouraged the actor to seek him out. The two became friends, and in 1879 Stoker became Irving's manager. He also performed managerial, secretarial, and even directorial duties at London, England's Lyceum Theatre. In 1878 he married Florence 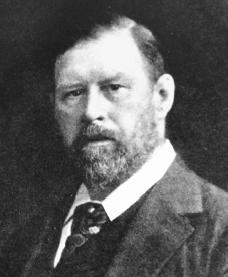 Bram Stoker.
Reproduced by permission of
AP/Wide World Photos
.
Balcombe and the couple moved to Cheyne Walk, Chelsea, in London.

Despite Stoker's active personal and professional life, he began writing and publishing novels, beginning with The Snake's Pass in 1890. The success of this book prompted Stoker to continue writing.

Although most of Stoker's novels were favorably reviewed when they appeared, they are dated by their stereotyped characters (characters based on broad generalizations) and romanticized plots, and are rarely read today. Even the earliest reviews frequently point out the stiff characterization and tendency to be overly dramatic that flaw Stoker's writing. Critics have universally praised, however, his beautifully precise place descriptions. Stoker's short stories, while sharing the faults of his novels, have fared better with modern readers. Anthologists (a person who puts together a collection of literary pieces) frequently include Stoker's stories in collections of horror fiction. "Dracula's Guest," originally intended as an introductory chapter to Dracula, is one of the best known. After a pair of books— The Watter's Mou' and Antheneum —were well received, he began research into the world of vampires.

Stoker's Dracula appeared in 1897. The story is centered around the diaries and journal entries of Jonathan Harke when he meets the mysterious Count Dracula. The Transylvanian follows Harke to England, where the count continues his blood-thirsty endeavors. Laced with themes of lust and desire, Stoker spins a bloodcurdling tale that still haunts readers more than one hundred years after it was first published.

Dracula is generally regarded as the culmination of the Gothic (style of the twelfth to fifteenth centuries) vampire story, preceded earlier in the nineteenth century by William Polidori's The Vampyre, Thomas Prest's Varney the Vampyre, J. S. Le Fanu's Carmilla, and Guy de Maupassant's Le Horla. An early reviewer of Dracula in the Spectator commented that "the up-to-dateness of the book—the phonograph diaries, typewriters, and so on—hardly fits in with the medieval methods which ultimately secure the victory for Count Dracula's foes." The narrative, comprising journal entries, letters, newspaper clippings, a ship's log, and phonograph recordings, allowed Stoker to contrast his character's actions with their own analysis of their acts.

Some early critics of Stoker's novel noted the "unnecessary number of hideous incidents" which could "shock and disgust" readers of Dracula. One critic even advised keeping the novel away from children and nervous adults. Initially, Dracula was interpreted as a straightforward horror novel. Dorothy Scarborough indicated the direction of future criticism in 1916 when she wrote that "Bram Stoker furnished us with several interesting specimens of supernatural life always tangled with other uncanny motives." In 1931 Ernest Jones, in his On the Nightmare, drew attention to the theory that these motives involve repressed sexual desires. Critics have since tended to view Dracula from a Freudian psychosexual standpoint, which deals with the sexual desires of the unconscious mind. However, the novel has also been interpreted from folkloric, political, medical, and religious points of view.

The legacy of Dracula

Today the name of Dracula is familiar to many people who may be wholly unaware of Stoker's identity, though the popularly held image of the vampire bears little resemblance to the demonic being that Stoker depicted. Adaptations of Dracula in plays and films have taken enormous creative freedoms with Stoker's characterization. A resurgence of interest in traditional folklore has revealed that Stoker himself did not use established vampire legends. Yet Dracula has had tremendous impact on readers since its publication. Whether Stoker created a universal fear, or as some modern critics would have it, gave form to a universal fantasy, he created a powerful and lasting image that has become a part of popular culture.

Following the death of Stoker's close friend Irving, in 1905, he was associated with the literary staff of the London Telegraph and wrote several more works of fiction, including the horror novels The Lady of the Shroud (1909) and The Lair of the White Worm (1911). He died on April 20, 1912, in London, England.