Eugene O'Neill was among the leading dramatists of the America theater. Four of his plays were honored with the Pulitzer Prize. His main concern was with the anguish and pain experienced by sensitive (easily hurt or damaged) people.

Early life on the road

Eugene Gladstone O'Neill was born on October 16, 1888, in a New York City hotel. He was the youngest of the three children of James O'Neill, an outstanding romantic actor, and Ella Quinlan O'Neill. Eugene had two brothers, James, Jr. (born 1878), and Edmund (born 1883). Edmund's death at a young age brought deep feelings of guilt into the family. Eugene spent his first seven years on tour with his parents. Although he received a lot of exposure to the theater, he hated living in hotel rooms, and the constant traveling drove his mother to become addicted to drugs.

From the age of seven to fourteen, O'Neill was educated at Catholic schools. When he rebelled against any further Catholic education, his parents sent him to Betts Academy in Connecticut. He also began to spend time with his brother, James, a heavy drinker, who "made sin easy for him." Eugene's formal education ended in 1907 with an unfinished year at Princeton University in New Jersey. By this time his three main interests were books, alcohol, and women.

In 1909 O'Neill married Kathleen Jenkins before leaving for Honduras to mine for gold. A month after his return in April 1910, his son Eugene O'Neill, Jr., was born. O'Neill left later that year to work at sea. He also did odd jobs in Buenos Aires, Argentina. Back in New York in 1911, he spent several weeks drinking in bars before shipping out again to England. Almost half of his published plays show his interest in the sea. In 1912 O'Neill's marriage broke up, he tried to kill himself, and he developed tuberculosis (a disease of the lungs). By the time he was released from the hospital in June 1913, he had decided to become a dramatist.

O'Neill began to write constantly. With his father's aid, five of his one-act plays were published in 1914. O'Neill then joined George Pierce Baker's playwriting class at Harvard University in Massachusetts. O'Neill planned to return to Harvard in the fall of 1915 but ended up instead at the "Hell Hole," a hotel and bar in New York City, where he drank heavily and produced nothing. He next joined the Provincetown Players in Cape Cod, Massachusetts, whose productions of his plays about the sea, including Bound East for Cardiff, made him well known by 1918. Also in 1918 O'Neill married Agnes Boulton. They had a son, Shane, and a daughter, Oona.

In O'Neill's early writing he concentrated heavily on the one-act form. His hard work led to great success with the production of his full-length Beyond the Horizon (1920), for which he won his first Pulitzer Prize. The play is similar to the one-act form in its structure, but by adding a poetic and well-spoken character, O'Neill was able to reach high dramatic moments.

O'Neill's father, mother, and brother all died within a four-year span during the 1920s. His marriage was also troubled, as he had fallen in love with Carlotta Monterey. He divorced Agnes Boulton in 1929 and soon married Carlotta. Even with these pressures, O'Neill was incredibly productive. In the fifteen years following the appearance of Beyond the Horizon, he wrote twenty-one plays, some brilliant successes (including Anna Christie and Strange Interlude, both Pulitzer Prize winners, as well as Desire Under the Elms, and Mourning Becomes Electra ) and others total failures.

Carlotta Monterey brought a sense of order to O'Neill's life. His health worsened rapidly from 1937 on, but her care helped him remain productive. O'Neill had poor relationships with his children: Eugene Jr., who killed himself in 1950; Shane, who became addicted to drugs; and Oona, who was ignored by her father after her marriage to actor Charlie Chaplin (1889–1977). O'Neill even left Shane and Oona out of his will. When O'Neill knew that death was near, he tore up six of his unfinished plays rather than have someone else rewrite them. He died on November 27, 1953.

With the exception of The Iceman Cometh (1946), all of O'Neill's later works were produced after his death. The Iceman Cometh fascinated audiences despite its length. Long Day's Journey into Night (1956), an autobiographical (describing his own life) work 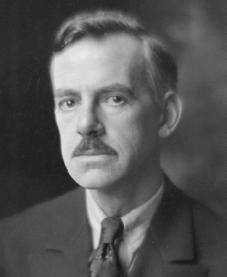 Eugene O'Neill.
Courtesy of the
Library of Congress
.
using no theatrical effects, showed O'Neill at the height of his dramatic power. It also received the Pulitzer Prize. Among all of his late plays, A Touch of the Poet (1958) has the strongest elements of romantic warmth.