San Francisco city politician Harvey Milk helped open the door for gays and lesbians in the United States by championing civil rights for homosexuals (those sexually attracted to members of the same sex). Since Milk's murder in 1978, he has remained a symbol of activism. However, Milk was not a one-issue politician. For him, gay issues were merely one part of an overall human rights vision. During his tragically short political career, Milk battled for a wide range of social changes in such areas as education, public transportation, child care, and low-income housing.

Harvey Bernard Milk was born on May 22, 1930, in Woodmere, New York. His grandfather, an immigrant from Lithuania, was the owner of a respected department store. Milk's father, William, was also involved in the retail clothing trade. By his early teens, Milk was already aware of his homosexuality, but he chose to keep it to himself. In high school, he was active in sports and was considered a class clown. He developed a passion for opera and would frequently go alone to the Metropolitan Opera House in New York City.

In 1947 Milk entered New York State College for Teachers in Albany, New York. After earning his degree in 1951, Milk joined the navy. He served as a chief petty officer on a submarine rescue ship during the Korean War (1950–53), in which American forces aided the South Korean fight against North Korea. Eventually he reached the rank of junior lieutenant before his honorable discharge in 1955.

Looking for a career path

Returning to New York, Milk took a job teaching high school. By this time, Milk was living openly with his lover, Joe Campbell, though he still kept his homosexuality hidden from his family. After a couple of years, Milk left teaching. He tried his hand at a number of other occupations before landing a job with the Wall Street investment firm Bache and Company in 1963. At Bache, Milk discovered that he had a knack for finance and investment, and his rise through the corporate world was swift.

In spite of his lifestyle, Milk's political and social values were conservative through the early 1960s. As the decade progressed, however, his views gradually began to change. Milk's new lover, Jack Galen McKinley, worked in theater, and through him Milk became involved as well. He was particularly interested in the experimental work of director Tom O'Horgan (1926–). Since the presence of gays in the theater world was very visible, Milk began to come to terms with his homosexual identity. At the same time, his overall world view began to move away from the mainstream, or what is typical, and toward a more left-leaning one. 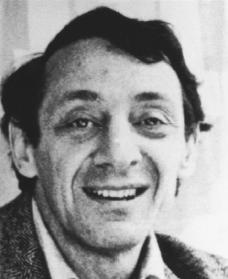 Harvey Milk.
Reproduced by permission of the
Corbis Corporation
.
of the musical Hair. Milk decided to move with McKinley to California, where he got a job in finance. Eventually, the conflict between his personal and professional lives became too much for Milk. During a 1970 protest of the American invasion of Cambodia, Milk burned his BankAmericard in front of a crowd of people. He was fired from his job later that day.

With his ties to mainstream life now broken, Milk returned to New York and theater work. By this time he was sporting long hair and a beard, looking more or less like an aging hippie. In 1972 he moved with his new partner, Scott Smith, back to San Francisco, where the pair opened a camera shop on Castro Street, in the heart of what was becoming the city's gay neighborhood.

The Mayor of Castro Street

Milk entered the political arena for the first time in 1973 after being angered by the Watergate scandal. (Named after the building in which a burglary took place, Watergate involved political cover-ups that ultimately led to the resignation of President Richard Nixon [1913–1994].) Hoping to produce change through politics, Milk decided to run for a spot on the Board of Supervisors, San Francisco's city council. Using the gay community as his voting base, Milk sought to develop an alliance with other minorities in the city.

Of the thirty-two candidates in the race, Milk came in tenth. Though he lost the election, he gained enough support to put him on the city's political map. Because of his popularity in his own largely gay district, he became known as "the Mayor of Castro Street." Milk spent much of the next year preparing for his next election campaign, including taking on a more mainstream look. He also revitalized the Castro Village Association as a powerful civic organization and launched the popular Castro Street Fair. In addition, he conducted a voter registration drive that signed up two thousand new voters, and he began writing a newspaper column for the Bay Area Reporter.

Milk ran for supervisor again in 1975. Although he gained the support of several important labor unions, he lost again, this time placing seventh. In recognition of Milk's growing power base, however, newly elected Mayor George Moscone (1929–1978) appointed Milk to the Board of Permit Appeals. This would become Milk's first public office. After just a few weeks, however, Milk announced his intention to run for the state assembly. That announcement led to his removal from his city post.

Milk ran against the Democratic party on the campaign theme "Harvey Milk versus the Machine." Milk lost yet again, by a mere four thousand votes. By this time, however, he had established a political machine of his own, the San Francisco Gay Democratic Club. In 1977, on his third try, Milk was finally elected to the Board of Supervisors, becoming the first openly gay elected official in the city's history.

Several key themes characterized Milk's successful campaign as well as his short career as a city official. One was his demand that government respond to the needs of individuals. Another was his ongoing emphasis on gay rights. A third theme was the fight to preserve the unique character of the city's neighborhoods.

As city supervisor, Milk was the driving force behind the passage of a gay-rights law that prohibited discrimination, or unequal treatment, in housing and employment based on sexual orientation. At his urging, the city announced a drive to hire more gay and lesbian police officers. He also started programs that benefited minorities, workers, and the elderly. Milk then gained national attention for his role in defeating a state senate proposal that would have prohibited gays and lesbians from teaching in public schools in California.

On November 27, 1978, Milk and Mayor Moscone were shot to death in City Hall by Dan White (1946–1985), a former city supervisor who had quit the board to protest the passage of the city's gay rights law. In his trial for the killings, White's attorneys employed what came to be known as the Twinkie Defense. They claimed that the defendant had eaten so much junk food that his judgment had become impaired, or damaged, and that he had little control over his actions. White was convicted only of voluntary manslaughter, meaning he would receive the lightest sentence possible for a person who had admitted to intentionally killing someone. He served five years in prison before being paroled. On October 21, 1985, White committed suicide.

The outcome outraged homosexuals and their supporters across the United States. In San Francisco, riots erupted, resulting in hundreds of injuries, a dozen burned police cars, and about $250,000 in property damage. The following night, thousands of people flocked to Castro Street to celebrate what would have been Milk's forty-ninth birthday.

I was wrong about Harvey Milk being the mayor... he was a councilman... and the man who was mayor, Moscone, was shot at the
same time as Milk was shot by White.
2
Jessica Bishop