The American anthropologist (a scientist who studies human beings and their origins, distribution, and relationships) Margaret Mead developed the field of culture and personality research and was a leading influence in introducing the concept of culture into education, medicine, and public policy.

Margaret Mead was born in Philadelphia, Pennsylvania, on December 16, 1901. She grew up in a free-thinking intellectual home. Her father, Edward Sherwood Mead, was a professor at the Wharton School of Finance and Commerce and the founder of the University of Pennsylvania's evening school. Her mother, Emily Fogg Mead, was a sociologist (a scientist who studies social group behaviors) and an early supporter of women's rights. Margaret's grandmother, Martha Ramsay Mead, a child psychologist (a scientist who studies the mind and its behavior), played an active role in the lives of Margaret, her three sisters and her brother. It was her grandmother who first taught Margaret to watch the behavior of the younger children to figure out the reasons behind their actions.

Mead's childhood school days were unusual in that she only attended one year of half days in the fourth grade and six total years at various high schools. This "formal" education was very much supplemented by all of the educators in her family. Mead loved tradition and ritual, so she joined the Episcopal church at the age of eleven. This faith would be her strength throughout her life. Mead at first wanted to be a painter when she grew up, but such intellectual role models led her to college thinking of English as a field of study.

Mead thrived on change outside of her religious beliefs. In 1919 Mead transferred from DePauw University, in Indiana, to Barnard College, in New York City, where she majored in psychology. Her senior year anthropology course with Franz Boas (1858–1942) was the most powerful event in her life, since it was then that she decided to become an anthropologist. She graduated from Barnard in 1923. In the same year she married Luther Cressman and entered the anthropology department of Columbia University.

The Columbia department at this time consisted of Boas, who taught everything, and Ruth Benedict (1887–1948), his only assistant. The catastrophe of World War I (1914–18; a war between the Central powers—led by Germany—and the Allies: England, the United States, Italy, and other nations) and the displacement of people that followed had its impact on the developing study of anthropology. Anthropologists began to ask how their knowledge of the nature of humankind might be used to clarify current problems. At the same time the influence of Sigmund Freud (1856–1939) was beginning to affect all of behavioral (human action) sciences. The atmosphere in the Columbia department was charged with excitement, and whole new perspectives for anthropology were opening up.

Mead completed her studies in 1925 and set off for a year of fieldwork in Samoa in the face of opposition from older colleagues (people in the same area of interest) worried about sending a young woman alone to a Pacific island. She was going to study the life of adolescent girls. She learned the native language (one of seven she eventually mastered) and lived in a Samoan household as "one of the girls." She found that young Samoan girls experienced none of the tensions American and European teenagers suffered from, and she showed the kind of social arrangements that make this easy transition to adulthood possible.

On returning from the field Mead became assistant curator (one in charge of the museum) of ethnology (the science of classifying mankind into races) at the American Museum of Natural History, where she remained, eventually becoming curator and, in 1969, curator emeritus (honorary title). Her goal in going to the museum was "to make Americans understand cultural anthropology as well as they understood archaeology [study of material remains, fossils, rocks, of past human life and activity]."

In 1928, Mead left for New Guinea, this time with Reo Fortune, an anthropologist from New Zealand whom she had married that year. Her project was the study of the thought of young children, testing some of the then current theories. Her study of children's thought in its sociocultural (having both social and cultural elements) context is described in Growing Up in New Guinea (1930). She later returned to the village of Peri, where this study was made, after twenty-five years, when the children she had known in 1929 were leaders of a community going through the difficulties of change to modern life. She described this change, with flashbacks to the earlier days, in New Lives for Old (1956). 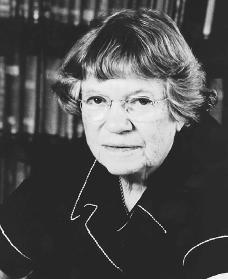 Mead's interest in psychiatry had turned her attention to the problem of the cultural context of schizophrenia (a mental disorder whose symptoms are a detachment to one's environment and a breakdown of one's personality—thoughts, feelings, and actions). With this in mind she went to Bali, a society where going into a trance (the state of complete unconscious) and other forms of dissociation (an escape from the outer world into an inner one) are culturally approved and encouraged. She was now married to Gregory Bateson, a British anthropologist whom she had met in New Guinea. The Balinese study was especially noteworthy for development of new field techniques. The extensive use of film made it possible to record and analyze significant details of behavior that had escaped the pencil-and-paper recordings. Of the thirty–eight thousand photographs which Mead and Bateson brought back, seven hundred fifty–nine were selected for Balinese Character (1942), a joint study with Bateson. This publication marks a major change in the recording and presentation of ethnological data and may prove in the long run to be one of her most significant contributions to the science of anthropology.

Largely through the work of Ruth Benedict and Mead, the relevance of anthropology to problems of public policy was recognized though somewhat belatedly. When World War II (1939–45; a war between the Axis powers: Japan, Italy, and Germany—and the Allies: England, France, the Soviet Union, and the United States) brought the United States into contact with peoples just coming from colonialism (a control of a group of people or area by a foreign government), the need to understand many lifestyles became obvious. Mead conducted a nationwide study of American food habits prior to the introduction of rationing (process in war time of conserving goods for soldiers by portioning them out sparingly to citizens). Later she was sent to England to try to explain to the British the habits of the American soldiers who were suddenly among them.

Mead drew heavily on psychology, especially learning theory and psychoanalysis (type of treatment for emotional disorders in which a patient talks through childhood experiences and looks at the significance of dreams). In return she contributed significantly to the development of psychoanalytic theory by emphasizing the importance of culture in personality development. She served on many national and international committees for mental health and was instrumental in introducing the study of culture into training programs for physicians and social workers.

Mead was a dominant force in developing the field of culture and personality and the related field of national character research. Her theoretical position is based on the assumption that an individual matures within a cultural context which includes an ideological system (ideas), the expectations of others, and techniques of socialization (methods of fitting in with one's social environment) which affect not only outward responses but also the inner mental structure.

Mead was criticized by certain other social scientists for neglecting quantitative (measuring) methods and for what has been called "anecdotal" (relying on short stories of interesting incidents for proof) handling of data. She was also accused of applying concepts of individual psychology to the analysis of social process while ignoring historical and economic factors. But since her concern lay with predicting the behavior of individuals within a given social setting and not with the development of institutions, the criticism does not hold much weight.

There is no question that Mead was one of the leading American intellectuals of the twentieth century. Through her best-selling books, her public lectures, and her well-read column in Redbook magazine, Mead popularized anthropology in the United States. She was also a role model for American women, encouraging them to pursue professional careers previously closed to women while at the same time championing their roles as mothers.

Margaret Mead died on November 15, 1978, in New York City and was later awarded the Presidential Medal of Freedom.