The Swedish naturalist (student of natural history) Carl Linnaeus established the binomial (two-name) system of describing living things and gave the first organization to ecology (the relationships between living things and their environments).

Carl Linnaeus was born on May 23, 1707, in Råshult, Sweden, the eldest of Nils and Christina Linnaeus's five children. Two years after his birth his father became the minister at Stenbrohult, Sweden. It was there that his father, who was a lover of flowers, introduced botany (the study of plants) to Carl at a young age. And at the age of five Carl had his own garden, which he later said, "inflamed my soul with an unquenchable love of plants." Carl was more interested in plants than in his studies while in grammar school. His mother hoped he would become a minister, but he showed no interest in that career. Johan Rothman, a master at the high school, encouraged Carl's interests in science and suggested that he study medicine. Nils Linnaeus agreed, and Rothman tutored Carl for a year.

In 1727 Linnaeus entered the University of Lund. The science and medical instruction was very weak there, and after a year he transferred to Uppsala University, where things were not much better. Fortunately he attracted the interest of Olof Celsius, a religion professor who was interested in the plants of Sweden. Celsius gave Linnaeus free room and board and encouraged his study. The most important development in botany at the time was the study of the sexuality of plants. Linnaeus wrote an essay on the subject, which Celsius showed to one of the professors of medicine, Olof Rudbeck. Rudbeck was so impressed with Linnaeus that he appointed him lecturer in botany and tutor of his sons.

From 1732 to 1735 Linnaeus traveled throughout Sweden on behalf of the government to study the country's natural resources. Linnaeus then went to Holland to obtain a medical degree. In 1735, after a week at the University of Harderwijk, Linnaeus took the examinations, defended his thesis (a written statement containing original research and supporting a specific idea) on the cause of intermittent (not continuous) fever, and received his degree. He spent most of the next three years in Holland but also traveled in Germany, France, and England. He had many of his scientific papers published with the support of other naturalists and the wealthy banker George Clifford. Linnaeus concluded that in three years he had "written more, discovered more, and made a greater 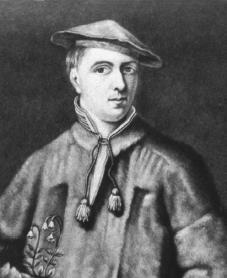 Carl Linnaeus.
Courtesy of the
Library of Congress
.
reform in botany than anybody before had done in an entire lifetime."

Linnaeus returned to practice medicine in Stockholm, Sweden, and he was very successful. In 1739 he married Sara Lisa Moraea, with whom he would have six children. Linnaeus became professor of botany at Uppsala University in 1741. He taught botany, zoology (the study of animals), natural history, and other subjects, and he was very popular with his students. The love of his students and the value of his work ensured his widespread influence and brought him many honors. He was appointed chief royal physician in 1747 and was knighted in 1758; he then took the name Carl von Linné. He retired in 1776 and died in Uppsala, Sweden, on January 10, 1778.

Linnaeus is most widely known for creating systems for naming and classifying plants and animals. Realizing that new plants were being discovered faster than their relationships could be established, he first came up with a simple classification based upon the number of floral parts of each plant. This system remained popular into the nineteenth century. Gradually Linnaeus also developed a system of names in which each species of plant and animal had a genus (class or group) name followed by a specific name. For example, Plantago virginica and Plantago lanceolata were the names of two species of plantain (an herb). Botanists agreed in 1905 to accept his Species plantarum (1753) and zoologists (scientists who study animals) agreed to accept his Systema naturae (1758) as the official starting points for scientific names of plants and animals.

Linnaeus first discussed the subject of ecology as an area of investigation in a thesis in 1749. He discussed the importance of relationships among beings in nature, and he was one of the first naturalists to describe food chains. He also studied the different habitat (living space) requirements among species and the feeding habits of insects and animals with hoofs. He urged the use of biological knowledge not only in medicine but also in agriculture, believing that the effective control of agricultural pests must be based on a thorough knowledge of their life histories.

I think that this web site is brilliant, it really helped me to understand about carl linnaeus. Also i would like to say that you should include about his floral clock. This should have alot about it, as i think that that was truly spectacular. Pease continue to update this site so it can help many more, like it has helped me.