Davy Crockett, American frontiersman and politician, became a folk hero during his own lifetime. Crockett grew up on the frontier and later used his knowledge of it in his political campaigns. Although he is known chiefly as a hunter and a soldier, Crockett also worked for land for settlers, relief for people in debt, and an expanded banking system for Tennessee.

David "Davy" Crockett, the son of John and Rebecca Crockett, was born on August 17, 1786, in East Tennessee. He was the fifth of nine children. Crockett's father put him to work driving cattle to Virginia when he was twelve years old. After running away from home to escape a beating from his father, Crockett traveled throughout Virginia. He decided that his lack of education limited his marriage possibilities, so he learned to read, to write a little, and to "cypher," or add and subtract.

In 1806 Crockett married Mary Finely and became a farmer. Frontier farming proved unrewarding, and in 1813 he decided to move his family to Franklin County, Tennessee. 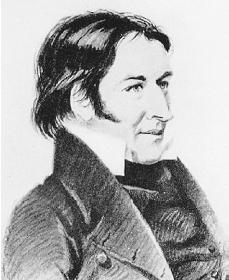 Life on the frontier

In 1813, shortly after Crockett moved to Franklin County, frontiersmen ambushed a band of Creek Indian warriors in southern Alabama. Nearby settlers gathered at Fort Mims. The Native Americans attacked the fort and killed over five hundred people. Crockett then volunteered to serve with the frontier military forces in the fight against the Native Americans. In September and October he served as a scout. He went on leave and then returned to military service from September 1814 to February 1815. During this time Crockett served as a scout and a hunter and apparently encountered little fighting.

In 1815 Crockett's first wife died, and he married Elizabeth Patton. While traveling with neighbors in Alabama, he contracted malaria, a disease that causes chills and fever, and was left along the road to die. He recovered and returned to his family, much to their surprise. He has been quoted as remarking about his reported death, "I know'd this was a whopper of a lie, as soon as I heard it."

In 1817 Crockett and his family moved to Lawrence County, Tennessee. He worked as a justice of the peace and later served as county commissioner. In 1818 he was elected lieutenant colonel of the local military regiment. In 1821 he campaigned for a seat in the state legislature. During the campaign Crockett realized the frontiersmen's isolation and need for recreation. Therefore, he gave short speeches laced with stories that helped lead to his election. Having grown up among the poor settlers, Crockett served as their spokesman. He proposed bills to reduce taxes, to settle land claim disputes, and to protect their general economic interests. In 1823 Crockett was elected to the Tennessee legislature.

In 1825 Crockett ran for a seat in the U.S. Congress but was defeated. He ran again and won in 1827 and was reelected in 1829. Crockett did not agree with many of the policies of President Andrew Jackson (1787–1845). He took a stand against the president on several issues, including Native American removal and land policy. In 1831 when Crockett ran for a third term, he was defeated. Two years later he regained his seat by a narrow margin. In 1834 he published his autobiography, A Narrative of the Life of David Crockett of the State of Tennessee. Then, another defeat in 1835 marked the end of his congressional career.

Death at the Alamo

In 1835 Crockett and four neighbors headed into Texas looking for new land. By January 1836 he had joined the Texas Volunteers, and within a month he reached San Antonio, Texas. Crockett then joined Texans in their fight to hold the Alamo against a Mexican army. In the first week of March he and the other defenders of the Alamo died during the siege and capture of that fort by Mexican troops. Popular tradition says that Crockett was one of the last defenders who died during the final assault. In reality, Crockett was one of the first defenders to die—alone and unarmed, on March 6, 1836.

Crockett's death at the Alamo made him more famous than his political activities did. Through newspaper accounts and other writings—both fact and fiction—legends concerning Crockett's adventures grew. Descriptions of Crockett are varied, but it is generally thought that he was about 5 feet 8 inches tall, with brown hair, blue eyes, and rosy cheeks. He was noted for his humor, his honesty, and his skill as an entertaining public speaker. Those who knew him realized that he was a man of ability and character.

His life was very hard. i would o never thought his life would be like this at the begining I thought he wasnt true but he is.
2
Dale Trombley

The information here is actually not correct. He was borne in Greene County, TN.
3
Annetta Byrd

He has a great granddaughter still living at Slater, Mo. She never married and no children. Her mother was a Crocket and she married William P. Dickson. Crockets owned a lot of land in Saline, Howard and Cooper Counties in Missouri. There is a Crocket Cemetery in the country outside Arrowrock, Mo. I know his great granddaughter very well and she is also a Blue Blood and Daughter Of The American Revolution.
4
Patricia Good

Are you familiar with Susan Crockett ? One of my relatives knew someone in the Crocett family. He used to visit and whoever it was had a trunk of some of his stuff.
Interesting