Michael Crichton has been a physician, a teacher, a movie director, and a screenwriter, but he is probably best known for his novels. His writings often combine aspects of science, technology, and suspense, and he has been called a pioneer of the "techno-thriller" with novels such as The Andromeda Strain, Sphere, and Jurassic Park. Many of his books have been adapted and made into popular movies. He is also the creator of the television series ER.

John Michael Crichton was born in Chicago, Illinois, and raised on Long Island in New York. His father was a journalist, and Crichton has said that his own broad knowledge may have come from his father's wide interests. His mother also regularly took her children to museums, plays, and movies. Crichton was often ill as a child, which led him to spend much time indoors playing with electric trains and performing amateur scientific experiments.

The young Crichton also began to write. At fourteen years of age he wrote and sold articles to the New York Times travel section. In 1964 he earned a bachelor's degree from Harvard University. The following year Crichton entered Harvard's medical school, where he began to write novels in order to support his medical studies. He used the pen name (a fictional name adopted by an author who does not want to use his real name) John Lange.

In 1969 Crichton published his first book under his own name, The Andromeda Strain. This novel, which tells the story of a disastrous virus brought to Earth from outer space, brought fame to Crichton. It became the first of many works that were brought to the movie screen. Crichton soon began a full-time writing career. 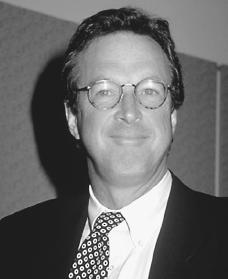 Crichton became involved in moviemaking, as well. He directed his screenplay (movie script) of his novel Westworld (1973) and wrote the screenplay for his book The Great Train Robbery (published in 1975; released in a movie version in 1978). In Westworld, which concerns robots who begin to make their own decisions while inhabiting an amusement park, Crichton shows how technology can blur the line between reality and fantasy. The Great Train Robbery tells the story of an actual robbery that occurred in nineteenth-century England.

Dangers of science and technology

With his 1980 novel Congo, Crichton returned to a plot involving one of his favorite themes: the dangers of science, technology, and greed. In the novel three adventurers travel through dense African rain forests in search of some diamonds that can drastically change computer technology. Amy, a gorilla that is capable of communicating in human language, accompanies the three adventurers. Congo was made into a movie in 1995.

An encounter with alien life forms and alien technology was the focus of Crichton's next novel, Sphere (1987; released as a movie in 1997). In this book scientists undertake an underwater exploration of an alien spaceship, which lies one thousand feet below the surface. While the scientists explore the spacecraft, disastrous events occur, including an attack by a mysterious, huge squid.

Huge creatures—dinosaurs—are also important in Crichton's Jurassic Park (1990). In this tale of greed and technology, a billionaire attempts to build an amusement park on a remote island. The park features actual life-sized dinosaurs created through the wonders of the most advanced science. The project goes terribly wrong when the dinosaurs are freed to roam at will, leading to a deadly battle between the ferocious creatures and a small band of humans.

In 1994 the film version of Jurassic Park helped to ensure the worldwide popularity and success of Crichton's novel. The movie's sequel, The Lost World, was based on Crichton's book of the same name (published 1995; released as a movie in 1997).

Crichton's other novels include The Terminal Man (1972; with a movie version appearing in 1974), Rising Sun (1992; movie version 1993), Disclosure (1993; movie version 1995), and Eaters of the Dead (1976; filmed as The Thirteenth Warrior in 1999). He has also written a number of nonfiction books, including Five Patients: The Hospital Explained (1970) and Travels (1988). Crichton's fame, however, is not limited to his literary efforts. In addition to writing screenplays for movies adapted from his books, he has also directed a number of popular films of his own, including Coma and Looker. He is also the creator of the long-running television drama ER. In a fitting tribute to Crichton's fictional creations, a real-life Jurassic dinosaur species, called Bienosauraus crichtoni, was named after the author after its discovery in China.

In April 1999, Crichton formed Time-line Studios, a video game company that failed to reach the success of Timeline, Crichton's novel of the same name. Like so many of Crichton's previous books, Timeline was snapped up by Hollywood for a film adaptation, scheduled to hit movie screens in 2003.