The English playwright, actor, and composer Noel Coward was known for his likable sophistication and sharp sense of humor. Although he wrote some of the most popular plays of his time, he was also known for his entertaining personality and his abilities as a witty storyteller.

Noel Coward was born on December 16, 1899, in Teddingham, Middlesex, a suburb of London, England. He studied at the Royal Chapel School in London. He came from a musical family, with parents who sang in a choir. A restless and outgoing youth, Coward soon found his way to the stage. At age twelve he made his first appearance on stage in a children's play. A year later he won praise for his portrayal of "Slightly," a character in Peter Pan.

Coward's first effort as a playwright, Rat Trap, was a realistic study of its characters' emotions. It was written in 1917 but was not published until 1926. In 1918 he played the leading role in his next play, The Last Track. The first drama to receive critical attention 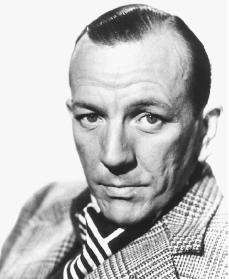 Noel Coward.
Reproduced by permission of
AP/Wide World Photos
.
was The Vortex (1924), a serious play about drug addiction. During this period he was regarded as the spokesman for the younger generation, although his works were often criticized for being immoral.

In 1929 Coward starred in a Broadway (the New York City theater district) production of his play Bitter Sweet. Bitter Sweet was a romantic musical (a play featuring songs) that was popular in both Great Britain and the United States. This play's popular song, "I'll See You Again," is regarded as Coward's best-known effort as a composer. His other songs include the witty "Mad Dogs and Englishmen" and "I'll Follow My Secret Heart."

Coward's important plays throughout the next ten years included Private Lives (1930), a sophisticated comedy about a married couple; Cavalcade (1931), a patriotic depiction of British tradition; Design for Living (1937), a stylish comedy; and Blithe Spirit (1941), a fantasy concerning spiritualism (the practice of trying to communicate with the dead, such as in a séance).

During World War II (1939–45)—a war in which Great Britain, France, the United States, the Soviet Union, and other allies fought against Germany, Italy, and Japan, who were attempting to conquer large portions of Europe, Africa, and Asia—Coward performed for troops on the major battlefronts. He later wrote about his experiences in Middle East Diary (1945). In 1942 he wrote, acted, and codirected with David Lean in the movie In Which We Serve, which showed life aboard a British destroyer (a small, highly armed warship). He continued to work with Lean on the film version of Blithe Spirit (1945) and on the script for Brief Encounter (1946), one of movie screen's most tender love stories.

Coward's dramas in following years—including Peace in Our Time (1947), Quadrille (1952), Nude with Violin (1956), and Sail Away (1961)—were not as fresh as his earlier works. However, he made up for his declining writing ability by starting a new career as an entertainer and raconteur (someone who tells stories or relates incidents with an amusing style and skill). In 1960 he gave his finest acting performance as a spy in the film Our Man in Havana, directed by Carol Reed and written by the English novelist and screen-writer Graham Greene (1904–1991). Coward also wrote two volumes of autobiographical recollections, titled Present Indicative (1937) and Future Indefinite (1954). His other fictional works include two collections of short stories, To Step Aside (1939) and Star Quality (1951), and a novel, Pomp and Circumstance (1960), which portrayed British life on a South Seas island.

Coward was honored in recognition of his talents and service to his country when he was made a knight by England's Queen Elizabeth (1926–) in 1970. He died on March 26, 1973, in Kingston, Jamaica.