Alvin Ailey founded the Alvin Ailey American Dance Theatre and won international fame as both a dancer and choreographer, a creator and arranger of dance performances.

Alvin Ailey Jr. was born to Alvin and Lula Elizabeth Ailey on January 5, 1931, in Rogers, Texas. He was an only child, and his father, a laborer, left the family when Alvin Jr. was less than one year old. At the age of six, Alvin Jr. moved with his mother to Navasota, Texas. As he recalled in an interview in the New York Daily News Magazine, "There was the white school up on the hill, and the black Baptist church, and the segregated [only members of one race allowed] theaters and neighborhoods. Like most of my generation, I grew up feeling like an outsider, like someone who didn't matter."

In 1942 Ailey and his mother moved to Los Angeles, California, where his mother found work in an aircraft factory. Ailey became interested in athletics and joined his high school gymnastics team and played football. An admirer of dancers Gene Kelly (1912–1996) and Fred Astaire (1899–1987), he also took tap dancing lessons at a neighbor's home. His interest in dance grew when a friend took him to visit the modern dance school run by Lester Horton, whose dance company (a group of dancers who perform together) was the first in America to admit members of all races. Unsure of what opportunities would be available for him as a dancer, however, Ailey left Horton's school after one month. After graduating from high school in 1948, Ailey considered becoming a teacher. He entered the University of California in Los Angeles to study languages. When Horton offered him a scholarship in 1949 Ailey returned to the dance school. He left again after one year, however, this time to attend San Francisco State College.

For a time Ailey danced in a nightclub in San Francisco, California, then he returned to the Horton school to finish his training. When Horton took the company east for a performance in New York City in 1953, Ailey was with him. When Horton died suddenly, the young Ailey took charge as the company's artistic director. Following Horton's style, Ailey choreographed two pieces that were presented at the Jacob's Pillow Dance Festival in Becket, Massachusetts. After the works received poor reviews from the festival manager, the troupe broke up.

Despite the setback, Ailey's career stayed on track. A Broadway producer invited him to dance in House of Flowers, a musical based on Truman Capote's (1924–1984) book. Ailey continued taking dance classes while performing in the show. He also studied ballet and acting. From the mid-1950s through the early 1960s Ailey appeared in many musical productions on and off Broadway, among them: The Carefree Tree; Sing, Man, Sing; Jamaica; and Call Me By My Rightful Name. He also played a major part in the play Tiger, Tiger, Burning Bright.

In 1958 Ailey and another dancer with an interest in choreographing recruited dancers to perform several concerts at the 92nd Street Young Men's and Young Women's Hebrew Association in New York City, a place where modern dances and the works of new choreographers were seen. Ailey's first major piece, Blues Suite, was inspired by blues music. The performance drew praise. Ailey then scheduled a second concert to present his own works, and then a third, which featured his most famous piece, Revelations. Accompanied by the elegant jazz music of Duke Ellington (1899–1974), Revelations pulled the audience into African American religious life.

In 1959 Ailey established the Alvin Ailey American Dance Theater, a group of eight black dancers. One year later, the theater became the resident dance company at the Clark Center for the Performing Arts in New York City. By the mid-1960s Ailey, who struggled with his weight, gave up dancing in favor 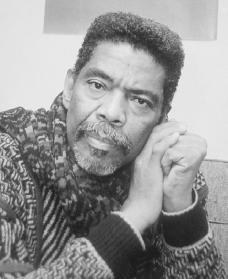 Alvin Ailey.
Reproduced by permission of
AP/Wide World Photos
.
of choreography. He also oversaw business details as the director of his ambitious dance company. By 1968 the company had received funding from private and public organizations but still had money problems, even as it brought modern dance to audiences around the world. Ailey also had the leading African American soloist (a person who performs by oneself) of modern dance, Judith Jamison (1944–). Having employed Asian and white dancers since the mid-1960s, Ailey had also integrated (included people of different races) his company. In 1969 the company moved to Brooklyn, New York, as the resident dance company of the Brooklyn Academy of Music, an arts center with three theaters.

In the early 1960s the company performed in Southeast Asia and Australia as part of an international cultural program set up by President John F. Kennedy (1917–1963). Later the company traveled to Brazil, Europe, and West Africa. Ailey also choreographed dances for other companies, including Feast of Ashes for the Joffrey Ballet and Anthony and Cleopatra for the Metropolitan Opera at Lincoln Center in New York City. Ailey worked on projects with other artists, including one with Duke Ellington for the American Ballet Theater. For Ailey the decade peaked with the performance of Masekela Language, a dance based on the music of Hugh Masekela, a black South African trumpeter who lived in exile for speaking out against apartheid (South Africa's policy of separation based on race).

By the late 1970s Ailey's company was one of America's most popular dance troupes. Its members continued touring around the world, with U.S. State Department backing. They were the first modern dancers to visit the former Soviet Union since the 1920s. In 1971 Ailey's company was asked to return to the City Center Theater in New York City after a performance featured Ailey's celebrated solo, Cry. Danced by Judith Jamison, she made it one of the troupe's best known pieces.

Dedicated to "all black women everywhere—especially our mothers," the piece depicts the struggles of different generations of black American women. It begins with the unwrapping of a long white scarf that becomes many things during the course of the dance, and ends with an expression of belief and happiness danced to the late 1960s song, "Right On, Be Free." Of this and of all his works Ailey told John Gruen in The Private World of Ballet, "I am trying to express something that I feel about people, life, the human spirit, the beauty of things.…"

Ailey suffered a breakdown in 1980 that put him in the hospital for several weeks. At the time he had lost a close friend, was going through a midlife crisis, and was experiencing money problems. Still, he continued to work, and his reputation as a founding father of modern dance grew during the decade.

Ailey received many honors for his choreography, including a Dance magazine award in 1975; the Springarn Medal, given to him by the National Association for the Advancement of Colored People (NAACP) in 1979; and the Capezio Award that same year. In 1988 he was awarded the Kennedy Center Honors prize. Ailey died of a blood disorder on December 1, 1989. Thousands of people flocked to the memorial service held for him at the Cathedral of St. John the Divine.

alvin ailey is a good dancer jazz and modern he inspire me to do dance,im in dance and im only 11 one day i want to be a perfect dancer like alvin ailey
2
Kaleah

Alvin Ailey is such an inspiration to everyone who has read an article about him. You don't even have to know him to feel what he felt. I go to a Alvin Ailey Camp and we are learning the Horton and many more dances as well. I hope to become a wonderful dancer like Judith Jamison or Alvin Ailey.
3
Barbara williams

Alvin Ailey was the father of dance when people said we couldn't he said we could and he did brilliant he will be missed always and never forgotten I wanted to be a dancer I never had anyone to push me so I did not pursue it I wish I had God gave you a great talent to share with the world.