Novelist and playwright Thornton Wilder won two Pulitzer Prizes for his plays Our Town and The Skin of Our Teeth, written in 1938 and 1942 respectively. His most well-known novel, The Bridge of San Luis Rey, also won him a Pulitzer Prize in 1927.

Thornton Niven Wilder was born on April 17, 1897, in Madison, Wisconsin, the second son of four children of Amos Parker and Isabella Wilder. In 1906 the family moved to China when his father became the United States Consul-General in Hong Kong. The teenager attended the English China Inland Mission School at Cheefoo but returned with his mother and siblings to California in 1912 because of the unstable political conditions in China at the time. While in high school, Wilder became interested in theater and began regularly attending performances of plays. He also began to demonstrate his unique talents for writing.

Graduating in 1915 from Berkeley High School, Wilder attended Oberlin College before transferring to Yale University in 1917. He served with the First Coast Artillery in Rhode Island in 1918 during World War I (1914–18), when Germany waged war against much of Europe. After the war he returned to his studies at Yale. In 1920 he received his bachelor's degree and saw the first publication of his play The Trumpet Shall Sound in Yale Literary Magazine.

Wilder started his novel The Cabala at the American Academy in Rome, Italy, in 1921. In New Jersey he taught at the Lawrenceville School while earning a master's degree at Princeton University. He received his degree in 1926, the publication year of The Cabala. Its publication came at the same time as the first professional production of The Trumpet Shall Sound by the American Laboratory Theater. But it was his breakthrough work, The Bridge of San Luis Rey (1927), that thrust him to the forefront of American literature.

A lifelong traveler, Wilder later taught at the University of Chicago, in Illinois, (1930–1936) and the University of Hawaii (1935). He volunteered in World War II (1939–45; the war fought between the Axis: Italy, Germany, and Japan—and the Allies: France, England, the Soviet Union, and the United States). During the war he served in Africa, Italy, and the United States. A lecturer at Harvard in the early 1950s, he received the Gold Medal for Fiction from the Academy of Arts and Letters in 1952. In 1962 he retired to Arizona for almost two years, then renewed his travels. Wilder was awarded the Presidential Medal of Freedom in 1963 and the National Book Committee's National Medal for Literature (first time presented) in 1965.

Career as a playwright

Wilder's first successful dramatic work, which he started at Oberlin, was The Angel That Troubled the Waters (1928). A four-act play, The Trumpet Shall Sound (1919–20), was produced unsuccessfully off-Broadway in 1926. The Long Christmas Dinner and Other Plays in One-Act, published in 1931, contained three plays that gained popularity with amateur groups: The Long Christmas Dinner, Pullman Car Hiawatha, and The Happy Journey to Trenton and Camden. This last series marked Wilder's trademark use of a bare stage for the actors.

Wilder's first Broadway shows were translations: André Obey's Lucrece (1932) and A Doll's House (1937) by Henrik Ibsen (1828–1906). His dramatic reputation soared with Our Town (1938). Written for a bare stage, guided throughout by a narrator, his script examines a small town for the "something way down deep that's eternal about every human being."

Wilder's dramatic work that followed, The Merchant of Yonkers, failed initially in 1938. But when produced with slight changes as The Matchmaker in 1954, it proved a fascinating farce, or a show made ridiculous for effect. (It later re-emerged as the musical play Hello, Dolly! in 1963, then an overwhelming success.) Wilder mingled style and forms even more daringly in The Skin of Our Teeth. Here, Wilder described the human race as flawed but worth preserving. A complex and difficult play that drew from James Joyce's (1882–1941) Finnegans Wake, it became the work that claimed him his final Pulitzer Prize in 1943.

The essentially conservative (having to do with the commonly accepted) thematic material staged in radical styles made Wilder's plays unique. His later work included an unsuccessful tragedy, A Life in the Sun (or The Alcestiad, 1955) and three short plays of an 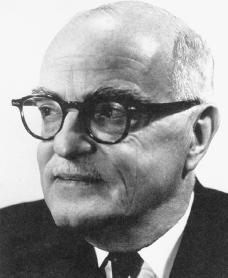 Thornton Wilder.
Reproduced by permission of
AP/Wide World Photos
.
intended fourteen-play cycle: Someone from Assisi, Infancy, and Childhood (produced as Plays for Bleecker Street in 1962).

Career as a novelist

Wilder established his reputation as a novelist with The Cabala, a minor work that showed Wilder's moral (having to do with wrong or right) concerns. The Bridge of San Luis Rey, set in eighteenth-century Peru, proved immensely popular and led to the Pulitzer Prize in 1928. The Woman of Andros (1930), based on Terence's (c. 185–159 B.C.E. ) play Andria was not well received. Although Wilder's view of life encouraged heavy criticism (negative judgment), Heaven's My Destination (1934), set in the American Midwest, grew in favor over the years. In The Ides of March (1948) Wilder tried a novel approach to Julius Caesar (100–44 B.C.E. ). The Eighth Day in 1967 returned Wilder to a twentieth-century American setting that examined the lives of two families. Wilder's last novel, Theophilus North, was published in 1973.

In line with Wilder's diverse interests and scholarly (having to do with learned knowledge) bent, Wilder lectured and published extensively. His Harvard lectures "Toward an American Language," "The American Loneliness," and "Emily Dickinson" appeared in the Atlantic Monthly (1952). His topics addressed play writing, fiction, and the role of the artist in society. His range spanned from the works of the ancient Greeks to modern dramatists (writers of plays), particularly Joyce and Gertrude Stein (1874–1946). His observations and letters were published in a variety of works, from André Maurois's (1885–1967) A Private Universe (1932) to Donald Gallup's The Flowers of Friendship (1953). Wilder died of a heart attack December 7, 1975, in Hamden, Connecticut.