The Yugoslav statesman Marshal Tito became president of Yugoslavia in 1953. He directed the rebuilding of a Yugoslavia devastated in World War II and the bringing together of Yugoslavia's different peoples until his death in 1980.

From its creation in 1918 until the country broke apart in the early 1990s, Yugoslavia was a multinational state composed of many ethnic (cultural) and religious groups. The various ethnic groups were dissatisfied with their status in the new state, opposed the domination of one ethnic group, the Serbs, and called for greater national and political rights. The country's economy was unstable and the country was surrounded by enemy states dedicated to its destruction.

Because of these conditions, many groups found support for their activities and sought to destroy order. Two of these groups were the fascists, who believed in a strong central government headed by a dictator, or sole ruler, and the communists, who believed that goods and services should be owned and distributed among the people. Among the communists who supported a revolutionary change was Josip Broz, who is commonly known as Marshal Tito.

Tito was born Josip Broz on May 25, 1892, the seventh of fifteen children of a peasant (poor farmer) family of Kumrovec, a village near Zagreb, Croatia. Tito began working on his family's farm when he was just seven years old. At the same time, he attended an elementary school where he studied until he was twelve years old. When he was fifteen years old, he began training to become a locksmith. During this time he also went to night school where he studied subjects including geography, history, and languages.

After spending several years working as a mechanic in Croatia, Slovenia, Austria, and Germany, Tito was drafted into the Austro-Hungarian army at the outbreak of World War I (1914–18) where German-led forces fought for control of Europe. He was wounded and captured by the Russians, and spent time in a prisoner-of-war camp. Tito soon joined the Red Army, the Communist group that rose to power after the Russian Revolution of October 1917 and would ultimately lead to the creation of the Communist Soviet Union.

In 1920 Tito returned to Croatia and joined the Communist Party of Yugoslavia. In 1928 he was sentenced to five years' imprisonment for Communist activity. After spending several years in the Soviet Union (the name of Communist Russia), in 1934 he was 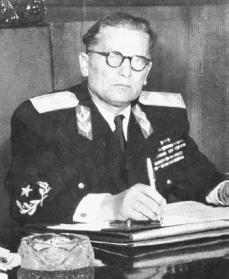 Tito was able to revive the Yugoslav Party and to make it a highly disciplined organization. He cleaned the ranks of disloyal members and gave the party a clear-cut and realistic policy to unite the country. For the first time, the party firmly supported the preservation rather than the breakup of Yugoslavia. Tito was able to develop the Yugoslav Communist Party into a powerful political and military organization during World War II (1939–45), where the Axis powers of Germany, Italy, and Japan clashed with the Allied powers of America, Great Britain, and the Soviet Union.

After the Axis invasion of Yugoslavia in April 1941 and Germany's attack on the Soviet Union in June, Tito ordered the Communist Party to activate a small force to resist the Axis powers. At the same time, a movement headed by Colonel (later General) Draza Mihajlovic gained the support of the Yugoslav king Peter II. Allied officers reported that Tito's movement supported national unity rather than communism, and at the same time reported that Mihajlovic's forces had been cooperating with the Axis troops. This conflict between the two resistance leaders led to a bloody civil war.

Tito's greatest accomplishment during World War II was the organization of perhaps the most effective resistance movement in the history of communism. While resisting the Axis forces, he embarked upon a communist revolution. His forces proceeded to destroy the class structure, destroy the old social and economic order, and lay the foundations for a postwar communist state system. By the end of the war, the communist military force was expanded into a large army (the National Liberation Army).

Basic policies of the Communist Party regarding the new Yugoslav state, such as federal organization of the country, were partially begun during the war. Tito provided the country with a system of temporary revolutionary government—the Committee for the National Liberation of Yugoslavia. Skillfully he took advantage of every social opportunity to pursue communist political and military goals. Neither his domestic rivals nor the powerful forces of nations that occupied Yugoslavia were able to cope with the widespread activities of Tito's followers.

In December 1943 the Allies, ignoring King Peter who was exiled (forced to live) in London, declared that Tito's supporters would lead the Yugoslav forces against the occupying Axis troops. Tito's forces and those of the Soviet Union entered Belgrade, Yugoslavia, on October 20, 1944. Tito's men, however, drove the Germans from the country essentially by their own efforts, an event of the greatest importance in the future history of Yugoslavia. Unlike communist leaders of other East European countries, Tito himself had commanded the forces defeating the Axis troops and had not entered his country with the victorious Red Army. In August 1945 the Federal Republic of Yugoslavia was created.

From 1945 to 1953 Tito acted as prime minister and minister of defense in the government, whose most dramatic political action was the capture, trial, and execution of General Mihajlovic in 1946. Between 1945 and 1948 Tito led his country through an extreme form of dictatorship (rule by one all-powerful person) in order to mold Yugoslavia into a state modeled after the Soviet Union. In January 1953, he was named first president of Yugoslavia and president of the Federal Executive Council. In 1963 he was named president for life.

By 1953 Tito had changed Yugoslavia's relationship with the Soviet Union. He refused to approve Soviet leader Joseph Stalin's (1879–1953) plans for integrating Yugoslavia into the East European Communist bloc (a group aligned for a common cause). He now started on his own policies, which involved relaxing of central control over many areas of national life, and putting it back into the control of the citizens. Although relations between the Soviet Union and Yugoslavia improved when Soviet leader Nikita Khrushchev (1894–1971) visited Belgrade after Stalin's death in 1955, they never returned to what they were before 1948.

Tito attempted to build a bloc of "nonaligned" countries after Stalin's death. Under his leadership, Yugoslavia maintained friendly ties with the Arab states and criticized Israeli aggression in the Arab-Israeli War of 1967. He protested the Soviet invasion of Hungary in 1956 and Czechoslovakia in 1968, and maintained friendly relations with Romania after Nicolae Ceausescu (1918–1989) became its leader in 1965. Under Tito's leadership Yugoslavia was a very active member of the United Nations (UN), a multinational organization aimed at world peace.

Tito was married twice and had two sons. His first wife was Russian. After World War II he married Jovanka, a Serbian woman from Croatia many years younger than him. His wife often accompanied him on his travels. President for life, Tito ruled until his death in Ljubljana, Yugoslavia, on May 4, 1980, maintaining several homes, where he entertained a wide variety of international visitors and celebrities.