The African American singer Bessie Smith was called "The Empress of the Blues." Her magnificent voice, sense of the dramatic, clarity of diction (one never missed a word of what she sang), and incomparable time and phrasing set her apart from the competition and made her appeal as much to jazz lovers as to blues lovers.

Bessie Smith was born into poverty in Chattanooga, Tennessee, one of seven children of William and Laura Smith. Her father was a Baptist minister and a laborer. Her father died soon after her birth and her mother and two of her brothers died by the time she was eight or nine. An unmarried aunt raised her and her siblings. Smith realized that she had an unusual voice and sang for money on street corners at an early age, accompanied on guitar by Andrew, her younger brother.

At age eighteen Bessie worked with the Moses Stokes traveling minstrel show, and later with the Rabbit Foot Minstrels under Gertrude "Ma" Rainey. The minstrel show (a show based on African American music and humor) circuit was a difficult life. Late hours, low pay, gambling, fighting, and abusing alcohol and drugs were commonplace. But Smith's voice was remarkable, filling the largest hall without amplification (the expansion of sound) and reaching out to each listener in beautiful, earthy tones.

In 1920 Mamie Smith (no relation to Bessie Smith) recorded the first vocal blues record and sold one hundred thousand copies in the first month. Record executives realized they had a new market and the "race record" was born. These records were shipped only to the South and selected areas of the North where African American people congregated. Bessie Smith produced "Down-Hearted Blues" and "Gulf Coast Blues" in February 1923. An astounding 780 thousand copies sold within six months.

Recorded with the jazz elite

In 1923 Smith's big break came when she was discovered by Columbia Records. Frank Walker handled her recording contract from 1923 through 1931 and helped launch her successful career of 160 titles.

Smith purchased a custom-designed railroad car for herself and her troupe in 1925. This allowed her to bypass some of the dispiriting (negative) effects of the racism found in both northern and southern states. She traveled with her own tent show or with the Theater Owners' Booking Association (TOBA) shows, commanding a weekly salary that peaked at two thousand dollars. 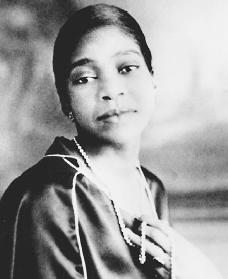 As the popularity of Smith's records grew, her touring schedule grew. As she traveled from her home base of Philadelphia, Pennsylvania, throughout the United States, adoring crowds greeted her at each stop. In spite of Smith's commercial success, her personal life was very similar to the blues she sang. Her marriage to Jack Gee was stormy and ended in a bitter separation in 1929. Smith was also struggling to battle liquor.

Smith's popularity as a recording artist crested around 1929. Then the combination of radio, talking pictures, and the Great Depression (1929–39; a period of severe economic downfall resulting in the loss of jobs for millions) undermined the entire recording industry. The price she could demand dipped and she was forced to sell her railroad car. The smaller towns she played housed theaters of lesser quality. Even so she starred in a 1929 two-reel film, St. Louis Blues, a semiautobiographical effort that received some exposure through 1932.

Smith's lean years ended in 1937, as the recording industry again soared on the craziness of the early Swing Era, spearheaded by the success of Benny Goodman's (1909–1986) band. Smith had proven adaptable throughout her career and could certainly swing with the best of them. Also, blues singing was experiencing a revival in popular taste.

On the morning of September 26, 1937, Smith and her close friend Richard Morgan were driving from a Memphis performance to Darling, Mississippi, for the next day's show. Near Clarksdale, Mississippi, their car was involved in an accident resulting in Bessie Smith's death.

It was estimated that over ten thousand adoring fans attended the funeral of the blues singer who had become the largest-selling recording artist of her day. In Early Jazz, Gunther Schuller heralded Smith as "the first complete jazz singer" whose influence on the legendary Billie Holiday (1915–1959) and a whole generation of jazz singers cannot be overestimated.