Upton Sinclair, American novelist and political writer, was one of the most important muckrakers (writers who search out and reveal improper conduct in politics and business) of the 1900s. His novel The Jungle helped improve working conditions in the meat-packing industry.

Upton Beale Sinclair Jr. was born in Baltimore, Maryland, on September 20, 1878. He was the only child of Upton Beall Sinclair and Priscilla Harden. His father worked at different times selling liquor, hats, and men's clothes. He also struggled with poverty and a drinking problem. Young Upton was a shy, thoughtful boy who taught himself to read at age five. The family moved to New York City when Upton was ten, and at fourteen he entered New York City College. He graduated in 1897 and went to Columbia University to study law, but instead became more interested in politics and literature. He never earned a law degree. Through these years he supported himself by writing for adventure-story magazines. While attending Columbia he wrote eight thousand words a day. He also continued to read a great deal—over one two-week Christmas break he read all of William Shakespeare's (1564–1616) works as well as all of John Milton's (1608–1674) poetry.

Sinclair moved to Quebec, Canada, in 1900. That same year he married Meta Fuller, with whom he had a son. His first novel, Springtime and Harvest (1901), was a modest success. Three more novels in the next four years failed to provide even a bare living. Sinclair became a member of the Socialist Party in 1902, and he was a Socialist candidate for Congress from New Jersey in 1906. (Socialists believe in a system in which there is no private property and all people own the means of production, such as factories and farms, as a group.)

Also in 1906 Sinclair's The Jungle, a novel exposing unfair labor practices and unsanitary conditions in the meat-packing factories of Chicago, Illinois, was a huge success. Sinclair had spent seven weeks observing the operations of a meat-packing plant before writing the book. The Jungle 's protest about the problems of laborers and the socialist solutions it proposed caused a public outcry. President Theodore Roosevelt (1858–1919) invited Sinclair to discuss packing-house conditions, and a congressional investigation led to the passage of the Pure Food and Drug Act. 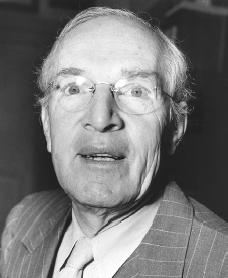 Sinclair divorced his first wife in 1913. The autobiographical (based on his own life) novel Love's Pilgrimage (1911) treats his marriage and the birth of his child with an honesty that shocked some reviewers. Sinclair married Mary Craig Kimbrough in 1913. Sylvia and Sylvia's Marriage, a massive two-part story, called for sexual enlightenment (freedom from ignorance and misinformation).

King Coal (1917), based on a coal strike of 1914 and 1915, returned to labor protest and socialistic comment. However, in 1917 Sinclair left the Socialist Party to support President Woodrow Wilson (1856–1924). He returned to the socialist camp when Wilson supported intervention in the Soviet Union. In California Sinclair ran on the Socialist ticket for Congress (1920), for the Senate (1922), and for governor (1926 and 1930).

Sinclair continued his writings on political and reform issues. Oil! (1927) dealt with dishonesty in President Warren G. Harding's (1865–1923) administration. Boston (1928), a novel about the Sacco-Vanzetti case (in which two Italian men, believed by many to have been innocent, were convicted and executed for having committed a murder during a payroll robbery), brought to light much new material and demonstrated the constructive research that always lay beneath Sinclair's protest writings.

In 1933 Sinclair was persuaded to campaign seriously for governor of California. He called his program "End Poverty in California." His sensible presentation of Socialist ideas won him the Democratic nomination, but millions of dollars and a campaign based on lies and fear defeated him in the election.

World's End (1940) launched Sinclair's eleven-volume novel series that attempted to give an insider's view of the U.S. government between 1913 and 1949. One of the novels, Dragon's Teeth (1942), a study of the rise of Nazism (a German political movement of the 1930s whose followers scorned democracy and favored the destruction of all "inferior" non-Germans, especially Jewish people), won the Pulitzer Prize. Before his death on November 25, 1968, Sinclair had produced more than ninety books that earned at least $1 million, most of it contributed to socialist and reform causes.

he is a good writer and i loved the jungel great book and great life :D
2
johnny

cool story about upton sinclair i read the jungle and it was really good!
p.s.
dont reply to tis please!
4
Name

I absolutely LOVE the jungle book and the movie they made. I wonder why the movie didn't include the meat packing industry. Anyways why did the movie have the Rock in it? I still like the old animated Jungle Book but oh well. THX so much for teaching me more about the background of "The Jungle Book"