American writer Katherine Anne Porter, winner of a Pulitzer Prize in 1966, was known for her delicate observations and precise descriptions.

Katherine Anne Porter was born on May 15, 1890, in Indian Creek, Texas, the fourth of five children of Harrison Boone Porter and Mary Alice Jones. She was a descendant of Jonathan Boone, brother of the famous explorer Daniel Boone (1734–1820), and her father, a farmer, was a second cousin of the writer O. Henry (Sidney Porter) (1862– 1910). After her mother died in 1892, Porter and her siblings went to live with their grandmother. After her grandmother died in 1901, Porter was sent to several convent (an establishment of nuns) schools in Texas and Louisiana. In 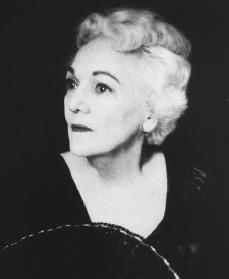 Katherine Ann Porter.
Reproduced by permission of
AP/Wide World Photos
.
1906 Porter ran away from school and got married; she was divorced three years later. In 1914 she went to Chicago, Illinois, to pursue an acting career. She returned to Texas later that year and worked briefly as a singer.

From early childhood Porter had been writing stories, an activity she described as the passion of her life. In 1917 she joined the staff of the Critic, a Fort Worth, Texas, weekly newspaper, and in 1918 and 1919 she worked for the Rocky Mountain News in Denver, Colorado, writing mostly book reviews and political articles. She then moved to New York City, where she continued to write. During the 1920s she traveled often to Mexico, wrote articles about the country, and studied art. She also worked on a biography of minister and author Cotton Mather (1663–1728) and wrote some book reviews.

Porter's first volume of stories, Flowering Judas (1930), impressed critics, although it did not sell very well. It won a Guggenheim fellowship (an award with a cash prize intended to be used for study or research) that allowed her to study abroad, and after a brief stay in Mexico she sailed in 1932 to Bremerhaven, Germany (which provided the setting for her only novel, Ship of Fools ). A second volume of stories, Hacienda (1934), and a short novel, Noon Wine (1937), followed her marriage in 1933 to Eugene Pressly, a member of the U.S. Foreign Service in Paris, France. After divorcing Pressly, she married Albert Russell Erskine Jr., whom she divorced in 1942.

Pale Horse, Pale Rider (1942) consists of three short novels, including Noon Wine. The title work is a bitter, tragic tale of a young woman's love for a soldier who dies of influenza (the flu). The title story of The Leaning Tower and Other Stories (1944), set in Berlin, Germany, deals with the menace of Nazism (a German political movement that scorned democracy and attempted to wipe out other races of people, such as the Jews, who were considered inferior to the Germans). The Days Before (1952) is a collection of essays. Ship of Fools (1962) was a best seller but drew mixed reviews. Based on Sebastian Brant's (c. 1458–1521) fifteenth-century novel Das Narrenschiff, it examines the lives of an international group of voyagers, whose human folly alters their personal lives and blinds them to the growth of Nazism.

Porter was for many years more popular everywhere else in the country but her home state of Texas, where stories of cowboys and the old west were more popular than anything else. Her unhappiness with the social injustice and lack of rights for women in the state was one of the factors that led her to leave, and she often addressed these issues in her writings. Still, Porter came to be considered the best author who ever hailed from Texas. She won a Texas Institute of Letters fiction award for Ship of Fools and a Pulitzer Prize for her Collected Stories in 1966.

Porter chose the University of Maryland, from which she had received a honorary degree (a degree achieved without meeting the usual requirements) in 1966, as the site of her personal library, begun with donations of some personal papers. In Texas, her childhood home in Kyle was turned into a museum. In addition, the Southwestern Writers Collection at Southwest Texas State University contains her typewritten recipe for a "genuine Mole Poblana," Mexico's "National Dish," she wrote, with chili and chocolate ( Texas Monthly, January 1997). Apparently learned during two years living in Mexico, it was a tribute to her exciting life after her abandonment of her early, strict religious upbringing.

Busby, Mark, and Dick Heaberlin, eds. From Texas to the World and Back: Essays on the Journeys of Katherine Anne Porter. Fort Worth: Texas Christian University Press, 2001.