American author Henry Miller was a major force in literature in the late 1950s, largely because his two most important novels, banned from publication and sale in the United States for many years, tested federal laws concerning art and pornography (material intended to cause sexual excitement).

Henry Miller was born on December 26, 1891, in New York, New York. His father was a tailor. From an early age he rebelled against his parents' devotion to work and a "respectable" life. In Black Spring (1936; United States publication, 1963), Miller wrote that "I was born in the street and raised in the street.… In the street you learn what human beings really are." Miller liked to read from an early age, finishing many adventure stories as well as classics of literature. He was an excellent student in high school and enrolled at the City College of New York, only to leave after two months. From 1909 to 1924 he tried different jobs, including working for a cement company, assisting his father at a tailor shop, and sorting mail for the Post Office. While in the messenger department of Western Union, he started writing a novel.

Goes to France to write

Throughout this period Miller had a troubled personal life, including two unsuccessful marriages (throughout his life he married five women and divorced all of them). Determined to become a writer, Miller went to Paris, France, where he remained for nearly ten years with very little money. In 1934 he composed Tropic of Cancer (published in the United States in 1961), a loosely constructed autobiographical (based on his own life) novel describing his struggles during his first years in Paris. Famous for its striking descriptions of real life, it won praise from other writers such as T. S. Eliot (1888–1965) and Ezra Pound (1885–1972). Many were outraged by the book's sexual passages, however, and Miller had to go to court to lift a ban on his work. The publicity helped the book become a best-seller, although critics continued to argue over its value.

Black Spring and Tropic of Capricorn (1939; United States publication, 1962) are similar in style and feeling to Tropic of Cancer, drawing from the experiences of Miller's boy-hood in Brooklyn, New York, and his early years overseas. In 1939 Miller visited his friend, the British novelist Lawrence Durrell (1912–1990), in Greece. The Colossus of Maroussi (1941), an account of his adventures with the natives of the Greek islands and one of the finest modern travel books, resulted.

Returning to the United States in 1940, Miller settled permanently in Big Sur, on the Pacific coast of California. His sharp and often hilarious criticisms of America are recorded in The Air-conditioned Nightmare (1945) and Remember to Remember (1947). The Time of the Assassins (1956), a thoughtful study of the French poet Arthur Rimbaud (1854–1891), is a statement of Miller's artistic beliefs. Big Sur and the Oranges of Hieronymus Bosch (1958) deals with Miller's California friends.

Miller's major fiction of this period was the massive three-volume work The Rosy Crucifixion, which included Sexus (1949), Plexus (1953), and Nexus (1960). These contain retellings of his earlier adventures but lack the violent language of his earlier works. Miller's correspondence with Lawrence Durrell was published in 1962, and his letters to writer Anaïs Nin (1903–1977) were published in 1965. His The World of Lawrence: A Passionate Appreciation (1980) is about the life and career of writer D. H. Lawrence (1885–1930). Opus Pistorum (1984) is a novel thought to have been written by Miller in the early 1940s when he needed money. Most critics consider the work to be pure pornography, and some question whether Miller was the actual author. 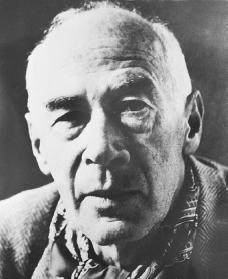 Henry Miller.
Courtesy of the
Library of Congress
.

In Miller's later years he was admired mainly for his role as spokesman and thinker. Criticizing the empty materialism (focus on the acquiring of personal possessions) of modern existence, he called for a new religion of body and spirit based upon the ideas of the writers Friedrich Nietzsche (1844–1900), Walt Whitman (1819–1892), and D. H. Lawrence. Miller's novels, despite shocking material and offensive language, express deep feeling. Their freedom of language and subject also helped lead the way for Beat Generation (intellectuals who also scorned the values of middle-class society) writers such as Jack Kerouac (1922–1969) and Allen Ginsberg (1926–1997). Miller lived his final years alone pursuing his lifelong interest in watercolor painting. He died on June 7, 1980, in Pacific Palisades, California.

Remarkable! Crisp Biography of Henry Miller. He was the Man! The noblest of all great Authors!