Bernard Malamud is considered one of the most prominent figures in Jewish American literature, a movement that began in the 1930s and is known for its combination of tragic and comic elements.

Bernard Malamud was born on April 26, 1914, in Brooklyn, New York, the first of Max and Bertha Fidelman Malamud's two sons. His parents, whom he described as "gentle, honest, kindly people," had come to the United States from Russia in the early 1900s and ran their own grocery store. They were not highly educated and knew very little about literature or the arts. "There were no books that I remember in the house, no records, music, pictures on the wall," Malamud said. Malamud liked to read and to attend a local Yiddish (the language spoken by Jews in Europe) theater. He began to try to write stories of his own.

Malamud attended high school in Brooklyn and received his bachelor's degree from the City College of New York in 1936. After graduation he worked in a factory and as a clerk at the Census Bureau in Washington, D.C. Although he wrote in his spare time, Malamud did not begin writing seriously until hearing of the horrors of the Holocaust, when the Germans, led by Adolf Hitler (1889–1945), put six million Jewish people to death during World War II (1939–45; a war in which Great Britain, France, the Soviet Union, and the United States battled Germany, Italy, and Japan). Malamud also began reading about Jewish tradition and history. In 1949 he started teaching at Oregon State University. He left this post in 1961 to teach creative writing at Bennington College in Vermont, where he remained until shortly before his death.

Malamud's first novel, The Natural (1952), traces the life of Roy Hobbs, an American baseball player. The book has mythic elements and explores such themes as initiation and isolation. Malamud's second novel, The Assistant (1957), tells the story of Morris Bober, a Jewish immigrant who owns a grocery store in Brooklyn. Although he is struggling to make ends meet, Bober hires an anti-Semitic (prejudiced against Jewish people) youth, whom he learns is homeless and 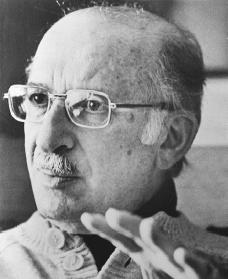 Bernard Malamud.
Courtesy of the
Library of Congress
.
on the verge of starvation. This novel shows the value of maintaining faith in the goodness of the human soul. Malamud's first collection of short stories, The Magic Barrel (1958), was awarded the National Book Award in 1959. Many of Malamud's best-known short stories were republished in The Stories of Bernard Malamud in 1983.

A New Life (1961), considered one of Malamud's most true-to-life novels, is based in part on Malamud's teaching career at Oregon State University. This work focuses on an ex-alcoholic Jew from New York City who becomes a professor at a college in the Pacific Northwest. It examines the main character's search for self-respect, while poking fun at life at a learning institution. Malamud's next novel, The Fixer (1966), is one of his most powerful works. The winner of both the Pulitzer Prize and the National Book Award, this book is based on the historical account of Mendel Beiliss, a Russian Jew who was accused of murdering a Christian child. With The Tenants (1971), Malamud returns to a New York City setting in a contrast between two writers—one Jewish and the other African American—struggling to survive in an urban ghetto (the run-down part of a city).

In Dubin's Lives (1979), which took Malamud over five years to write, the main character, William Dubin, attempts to create a sense of worth for himself, both as a man and as a writer. Malamud's last finished novel, God's Grace (1982), studies both the original Holocaust and a new, imagined Holocaust of the future. The novel is a wild, at times brilliant, at times confusing, description of a flood similar to that in the Bible story of Noah's ark.

Malamud continued to place stories in top American magazines. Mervyn Rothstein reported in the New York Times that Malamud said at the end of his life, "With me, it's story, story, story." In Malamud's next-to-last collection, Rembrandt's Hat, only one story, "The Silver Crown," deals with Jewish themes.

Malamud's final, unfinished work, "The Tribe," concerns the adventures of a Russian Jewish peddler, Yozip, among the western Native American Indians. Malamud gave few interviews, but those he did grant provided the best insight into his work, as when he told Michiko Kakutani in the New York Times: "People say I write so much about misery, but you write about what you write best." Bernard Malamud died on March 18, 1986.