Norwegian anthropologist (scientist of human beings—their culture, numbers, characteristics, and relationships) Thor Heyerdahl popularized ideas about common links among ancient cultures worldwide. He was well known for his ocean journeys on primitive rafts and boats that were recorded in books, films, and television programs.

Thor Heyerdahl was born into an upper-class family in the coastal village of Larvik, Norway, in 1914. His father, Thor, was president of a brewery and a mineral water plant, and his mother, Alison Lyng Heyerdahl, was chairman of the Larvik Museum. His mother studied zoology (the branch of biology that studies animals), folk art, and primitive cultures. She influenced her son greatly. His father was an enthusiastic outdoorsman. By age seven young Thor had started his own animal museum, filled with specimens of seashells, butterflies, bats, lemmings, and hedgehogs. The collection was housed in an old outhouse at his father's brewery.

Heyerdahl and his parents spent summer holidays at a log cabin in the wilderness, where Thor made friends with a hermit (person choosing to live alone and away from society) and learned much about nature. By sled and ski he also went on many winter camping trips to remote locations with his schoolmates. Throughout his early life Heyerdahl was determined to live in a more primitive setting.

In 1933 Heyerdahl entered the University of Oslo, in Oslo, Norway, and specialized in zoology and geography. In Oslo he spent a lot of time at the home of a family friend, who had a huge library of Polynesian artifacts. With his girlfriend, Heyerdahl decided to 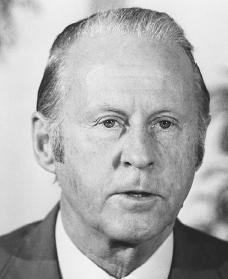 Thor Heyerdahl.
Reproduced by permission of the
Corbis Corporation
.
quit college and make an expedition (a trip made for a specific reason) to the South Seas. His father agreed to finance the trip. Heyerdahl was married on Christmas Eve in 1936, and the next day the couple set out for the Marquesas Islands. Here Heyerdahl discovered evidence that Peruvian (from Peru) aboriginal (the original citizens of an area) voyagers had visited the islands. The inhabitants told him stories of Kon-tiki, a bearded, white sun king who arrived over the sea.

In 1938 the Heyerdahls returned to Norway and settled in a mountain wilderness near Lillehammer. Then Heyerdahl did research among American Indian tribes in British Columbia (Canada) in 1939 and 1940, trying to support his theory that two waves of migration (moving from one area to another) from the Americas—one from the northern hemisphere (half of the earth divided by the equator) and one from the south—had settled Polynesia.

Heyerdahl found little acceptance of his ideas in academic circles. He planned a dramatic experiment to convince his critics that a voyage by ancient peoples from Peru to Polynesia was possible. In 1947 he and a crew traveled to Peru on a balsa raft, which they named the Kon-Tiki. Heyerdahl detailed the journey in The Kon-Tiki Expedition. The book was translated into dozens of languages and sold more than twenty million copies. Heyerdahl's documentary (having to do with recording real events as they happen) movie of the voyage won him an Academy Award in 1951. But while the Kon-Tiki voyage captured public attention, it was not met with any scientific respect.

Heyerdahl was among a group of scientists who believed that ancient cultures had come from a common source through land and sea migrations. The opposing scientists thought that civilizations had cropped up around the world independently of one another. The second theory has remained the popular one. Still, as writer Thomas Morrow noted in U.S. News & World Report, Heyerdahl "has turned up a surprising amount of convincing evidence suggesting sea contacts among remote [distant] ancient cultures, for which he gets little credit."

In 1953 Heyerdahl went to the Galapagos Islands, off the South American coast. There he and his companions found evidence that original people of South America had visited the islands long before the Incan Empire. In 1955 Heyerdahl led an expedition to Easter Island, the remote Polynesian island where enormous stone statues of unknown origin had been discovered in 1722. His team found a carving of a reed ship at the base of one of the statues and much other evidence that at least three migrations from South America had populated the island, the earliest in the fourth century.

In 1969 Heyerdahl organized a new expedition. In Egypt he and his crew built a papyrus (a tall grass that grows near the Nile River) reed boat that they named Ra, after the Egyptian sun god. They sailed across the Atlantic, a voyage of 2,700 miles, but the boat broke apart 600 miles short of Barbados. The next year Heyerdahl sailed the Ra II all the way from Morocco to Barbados in fifty-seven days. His account of these expeditions is found in his book The Ra Expeditions. To Heyerdahl the voyages were evidence that Egyptians or other sailors could have crossed to the Americas several thousand years before Christopher Columbus (1451–1506).

In 1977, at the age of sixty-two, Heyerdahl took up another challenge. He went to Iraq with a crew of eleven men and built a reed ship, the Tigris. They sailed it down the Tigris River, through the Persian Gulf, and across the Indian Ocean to the mouth of the Indus River in Pakistan, then westward to Djibouti at the mouth of the Red Sea on the eastern African coast. This 4,200-mile, five-month-long voyage was an attempt to show that the ancient civilizations of Egypt, the Indus Valley, and Mesopotamia could have sprung from a single source. Political instability in the region brought an early end to this expedition.

In 1982 Heyerdahl and several archaeologists undertook an expedition to the remote Maldive islands off the coast of India. There Heyerdahl was fascinated by stone statues that bore a striking resemblance to the monoliths (huge stone structures) of Easter Island. His discoveries led him to conclude that the Maldives also had been involved in prehistoric ocean trading and migration. Heyerdahl's 1986 book, The Maldive Mystery, was hailed by some as a great detective story. It, too, was made into a film, as had his expeditions to the Galapagos and Easter Island.

Heyerdahl's voyages led him to become active internationally in fighting pollution of the oceans. In Green was the Earth on the Seventh Day, Heyerdahl wrote about how his voyage on the Kon-Tiki had increased his awareness of threats to the environment.

Thor Heyerdahl died in Colla Michari, Italy, on April 18, 2002. He is remembered as one of the best-known explorer-adventurers of modern times.

YOu guys are the best source I could find!!!
I learned over 100 new facts that I didn't know about Thor before..
2
Anita Norby Morfin

Any idea how I can find out if I'm related to Thor Heyerdahl (free)? Just curious, as my grandmother's maiden name was Heyerdahl--Fanny Agathe Marisse Heyerdahl Norby.
3
Diptangshu B Sarkar

Well...Mr Heyerdhal is the legendary expeditionist of modern time(to me)next to Columbus,Vasco, Marco Polo or even Megasthenis and Fa Hien.His socio-political,economical as well as anthropological discoveries have a huge importance for understanding the ancient spread-out of global socio-economy.My hat,remains off for all his other crews then on KON-TIKI...Anyway,this Norwegian anthropologist could be the icon ,for those...who 're now in this field of study.