Considered one of the founders of Hollywood, film producer and director Cecil B. DeMille became famous for large-scale religious films such as The Ten Commandments and King of Kings.

Cecil Blount DeMille was born on August 12, 1881, in Ashfield, Massachusetts, the second of Henry Churchill de Mille and Beatrice Samuel DeMille 's three children. His father wrote several successful plays with David Belasco (1853–1931), a famous writer of that time. Actors and actresses often came to the DeMille house to rehearse scenes. When DeMille was twelve, his father died; his mother made money by turning their home into a school for girls. Cecil attended Pennsylvania Military College and studied acting at the Academy of Dramatic Arts in New York, New York. After graduation he worked as an actor for ten years. He married Constance Adams, an actress, in 1902. They had one child and adopted three more.

The man who founded Hollywood

When DeMille was almost thirty, he met Jesse L. Lasky, who was trying to break into motion picture production. DeMille was thinking of leaving show business altogether, but Lasky convinced him to try directing a film. After spending a day at Thomas Edison's (1847–1931) studios in New York City, DeMille left for Arizona to shoot The Squaw Man, a drama based on a Broadway play that was set in Wyoming. When things did not work out in Arizona, DeMille got back on the train and headed to Los Angeles, California.

When DeMille arrived in California in 1913, he decided to stay, realizing it was perfect for motion picture making. The sunny weather enabled crews to shoot without having to set up lights, saving time and money. DeMille created the popular image of the big-shot movie director by dressing in an open-necked shirt, riding pants, and boots and by carrying a large megaphone (a cone-shaped device to increase the loudness of the voice) and a whistle around his neck. With the success of The Squaw Man, DeMille had found the perfect location to make movies, he had developed the fashion style that would come to be associated with movie-making, and he had proved he could direct successfully. By 1914 Lasky had moved his entire operation to California and set up a huge studio.

In 1917 DeMille made his first epic (a work that is larger than usual in size or scope), Joan the Woman, the story of Joan of Arc (1412–1431), a saint of the Catholic Church. It was one of the longest pictures made up until that time and was not successful. Over the next few years several of DeMille's films were flops, including The Whispering Chorus, a film that meant a lot to him. DeMille began to concentrate on pleasing audiences with comedies such as We Can't Have Everything and Don't Change Your Husband, which contained both sexual and moral messages. Critics scoffed at these films, but they made money. DeMille also helped to set up the Hays Office, which cracked down on films containing sexual or immoral (socially wrong) content. DeMille worried that if Hollywood did not police itself, Congress would. 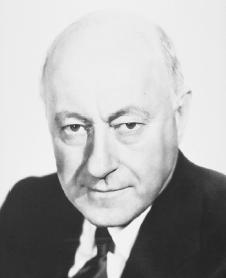 Cecil B. DeMille.
Reproduced by permission of
Archive Photos, Inc.

In 1923 DeMille decided to make another epic. The first version of The Ten Commandments was the most expensive movie made up to that time. In the end, though, it was a blockbuster, making its huge budget back several times over. DeMille continued making expensive epics, including King of Kings (1927). His first sound movie was Dynamite, which did well; a musical, Madame Satan, did not. The Crusades, another one of his epics, was the largest failure in Hollywood history up to that time.

End of his career

After World War II (1939–45; a war fought between the Axis Powers—Germany, Italy, and Japan—and the Allied Powers—England, France, the Soviet Union, and the United States), DeMille made Samson and Delilah, which was criticized for its poor special effects and scenes of heavy-breathing sexuality. In 1950 DeMille returned to acting, playing himself in Sunset Boulevard. In 1952 DeMille made The Greatest Show on Earth, a film often considered to be the closest thing to the story of his own life that he ever made. It was the first film he made that won an Oscar.

Cecil B. DeMille's final film, another version of The Ten Commandments , is his most widely seen work, thanks to Easter-time television programming, but it is not one of his most respected. Still, it was a huge success at the box office. DeMille suffered a heart attack while shooting The Ten Commandments, but he refused to slow down. Soon after, in 1959, he had another heart attack, which led to his death.

Bogdanovich, Peter. "The Cowboy Hero and the American West as Directed by John Ford." Fifty Who Made the Difference. Edited by Lee Eisenberg. New York: Villard Books, 1984.

DeMille, Cecil B. The Autobiography of Cecil B. DeMille. Edited by Donald Hayne. New York: Garland, 1985.