American author and editor Helen Gurley Brown first achieved fame for her best-selling book Sex and the Single Girl. After becoming editor of Cosmopolitan, she transformed it into a top-selling magazine for young women in more than twenty-seven different countries.

Helen Gurley Brown was born in Green Forest, Arkansas, on February 18, 1922. The family lived in Little Rock, Arkansas, until her father, Ira M. Gurley, a schoolteacher, was killed in an elevator accident when Helen was ten years old. Her mother, Cleo Gurley, was left to raise their two daughters. (Helen's sister was partially paralyzed from polio, a disease that affects the spine.) "I never liked the looks of the life that was programmed for me—ordinary, hillbilly, and poor," Brown wrote later.

After Brown's father died, the family moved to Los Angeles, California. In high school, Brown set about working harder than anyone else, wrote for school publications, and wound up finishing at the top of her class. She attended Texas State College for Women from 1939 to 1941 before returning to Los Angeles, where she attended Woodbury Business College. She also took a job at Los Angeles radio station KHJ, answering fan mail for six dollars a week to help support her mother and sister.

Brown worked at eighteen different secretarial jobs between the ages of eighteen and twenty-five. From 1942 to 1945 she worked at Music Corporation of America, a Beverly Hills talent agency. In later years she would recall how secretaries were required to use the back stairs because the fancy lobby staircase was only for the use of clients and male executives of the company.

A major career move for Brown occurred in 1948, when she became the first woman to hold a copywriter position at Foote, Cone & Belding, a Los Angeles advertising agency. Her ability to write bright, noticeable copy won her two Francis Holmes Advertising Copywriters awards during her years at the firm. She went on to work for Kenyon & Eckhardt, a Hollywood advertising agency, as an account executive and copywriter from 1958 to 1962.

In 1959, at the age of thirty-seven, Helen Gurley married David Brown, then vice president of production at the 20th Century Fox movie studio. In later years Brown co-produced films such as Jaws, Cocoon, and The Sting. The couple had no children. Brown once remarked that one secret of the success of their marriage was that her husband never interrupted her on Saturdays and Sundays when she was working upstairs in her office. 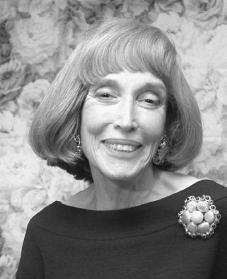 Brown's first book, Sex and the Single Girl (1962), became a national best-seller and changed single women's attitudes toward their own lives. At a time when Reader's Digest and The Ladies Home Journal still insisted that a "nice" girl had only two choices, "she can marry him or she can say no," Brown openly proclaimed that sex was an important part of a single woman's life. According to Brown, "The single girl is the new glamour girl." She also told her own story, describing herself as a "mouseburger" who, through patience, planning, and never giving up, advanced in her chosen field and then married the man of her dreams.

In 1965 Brown was hired as editor in chief of a failing general interest magazine called Cosmopolitan. She revised the magazine's cover image, creating a carefree, sexy Cosmo girl. "A million times a year I defend my covers," Brown admitted. "I like skin, I like pretty. I don't want to photograph the girl next door." The magazine, like its editor, was filled with advice on how to move ahead in a career, meet men, lose weight, and be a good sexual partner. There was no time for the negative. "I wasn't allowed to write critical reviews," movie critic Liz Smith confessed. The new Cosmopolitan often created controversy (dispute), especially when it published a nude centerfold of actor Burt Reynolds in 1972. By 1990 Cosmopolitan had grown from sales of eight hundred thousand copies per issue in the United States to more than 2.5 million. It was one of the most widely read women's magazines in the world, and became the sixth best-selling newsstand magazine in any category.

Brown's advice changed little over the years, both in the magazine and the books she occasionally published on topics similar to those discussed in the magazine. She still refused to print four-letter words but described sexual acts in great detail. "I am still preoccupied with sex," she confessed. "If you want to enchant a man and eventually marry him, you are good to him, easy with him, adorable to be around." During a Fortune magazine interview in October 1996, Brown shared several of her rules for being a good executive. Her guidelines included paying a compliment before criticizing someone, saying "no" to time wasters, doing what you dread first, and working harder than anybody else.

In addition to the Francis Holmes Achievement awards, Brown received several awards for journalism, including a Distinguished Achievement Award from the University of Southern California in 1971; an award for editorial leadership from the American Newspaper Woman's Club of Washington, D.C., in 1972; and the Distinguished Achievement Award in Journalism from Stanford University in 1977. In 1985 she received the New York Women in Communications Matrix award. She has been referred to as a "living landmark" by the New York Landmarks Conservancy, and the Helen Gurley Brown Research professorship was established in her name at Northwestern University's Medill School of Journalism in 1986. She was named to the Publisher's Hall of Fame in 1988.

In January 1996, after thirty-two years, Helen Gurley Brown was replaced as editor in chief of Cosmopolitan by Bonnie Fuller, founding editor of Marie Claire magazine. "She [Fuller] thoroughly understands the Cosmo girl, and her success … certainly prepared her to succeed to the editorship of Cosmopolitan, " said Brown. She was given the position of editor in chief of Cosmopolitan's international publishing program. In 2000 Brown's eighth book I'm Wild Again: Snippets from My Life and a Few Brazen Thoughts was published. Filled with stories, the book revealed information on her face lifts, staying thin, and how to keep a man and succeed in a career.