Virginia Apgar forever changed the field of perinatology (the care of infants around the time of birth). She was the creator of the Apgar Newborn Scoring System, a method of evaluating the health of infants minutes after birth in order to make sure they receive proper medical care. Her lifetime of energetic work resulted in standard medical procedures for mothers and babies that have prevented thousands of infant deaths. 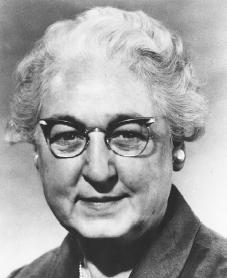 Virginia Apgar was born on June 7, 1909, in Westfield, New Jersey. Her father, a businessman, and other members of the family shared a love of music, and Apgar played the violin during family concerts. Apgar's childhood home also contained a basement laboratory, where her father built a telescope and pursued scientific experiments with electricity and radio waves (electromagnetic waves in the range of radio frequencies). Perhaps due to this atmosphere of curiosity and investigation, Apgar decided she wanted a scientific career in the field of medicine. After graduating from high school, where she played in the school orchestra and participated in athletics, she entered Mount Holyoke College with the plan of becoming a doctor. Although she had to take a number of jobs to support herself through college, she graduated with a bachelor's degree in 1929.

Apgar's financial situation did not improve when she enrolled at the College of Physicians and Surgeons at Columbia University in New York City the following September. The United States would soon be severely affected by the Great Depression (1929–39), a period of nationwide economic crisis. Determined to stay in school, Apgar borrowed money in order to complete her classes. She emerged in 1933 with a medical degree and a fourth-place rank in her graduating class, but also with a large financial debt. She began to consider how she could best support herself in the medical profession. She saw that even male surgeons were having trouble finding work in New York City. As a woman in what was then a male-dominated profession, she realized that her chances of success were slim. She felt that she was more likely to be successful in the field of anesthesiology, the study or practice of giving patients anesthesia. Administered by physicians called anesthesiologists, anesthetics are drugs or gas that numbs the pain of medical procedures or causes patients to lose consciousness before a procedure is performed.

Traditionally nurses had been responsible for administering anesthesia, but at that time doctors had also begun entering the field. Women physicians in particular were encouraged to pursue medical anesthesiology, perhaps because it was still considered a female area. Therefore in 1935 Apgar began a two-year program of study and work in anesthesiology. During this time she studied not only at Columbia, but also at the University of Wisconsin in Madison and at Bellevue Hospital in New York.

Apgar's choice of career allowed her to realize her goal of securing a job. She was hired as director of the anesthesia division at Columbia University in 1938. Her new position, however, proved to be a challenging one. She struggled to get surgeons to recognize the anesthesiologist as a fellow doctor who was their equal, not their inferior. She eventually increased the number of physicians in the anesthesiology division, however, and in 1941 won adequate funding for the division and its employees after threatening to quit her post if the school refused her requests. A few years later Columbia University created a separate department of anesthesia for training physicians and conducting research. When the head of the new department was selected in 1949, however, Apgar was passed over in favor of a man. Instead she was named a full professor in the department, making her the first woman to reach such a level at Columbia.

It was in this position as a teacher and researcher that Apgar would make her greatest contributions to medicine over the next ten years. She began to focus her work in the area of anesthesia used during childbirth. Apgar realized that the period just after a baby is born is an extremely important time for many infants. At the time babies were not usually evaluated (assessed in regard to their health) carefully at birth by doctors, who were often more concerned with the health of the mother. Because of this lack of an organized examination, many life-threatening conditions were not identified in infants. To provide a quick and efficient way to decide which babies required special care, Apgar created a five-part test that scored a child's heart rate, respiration (breathing), muscle tone, color, and reflexes. The test, known as the Apgar Newborn Scoring System, was to be performed one minute after birth. This later expanded to five and ten minutes as well. Developed in 1949, Apgar's system eventually became a worldwide standard among physicians for determining a child's chance of survival and rate of development.

Another victory for infant health was won with Apgar's research into the effects of anesthesia given to mothers during childbirth. During the time she researched these effects, Apgar found that the anesthesia called cyclopropane had a noticeable negative effect on a baby's overall condition. She immediately stopped using this anesthesia for mothers in labor, and other doctors across the country quickly did so also after Apgar published a report on her research.

After a more than twenty-year career at Columbia, Apgar left her post as professor to earn a master of public health degree at Johns Hopkins University. Her new career took her to the March of Dimes organization, an organization that provides services and support to children and pregnant women. In 1959 she was hired as the head of the division on congenital birth defects (physical or developmental abnormalities that are caused before birth). In 1969 she became the head of the March of Dimes research program, and during her time in this role she changed the foundation's focus so that it concentrated on trying to prevent birth defects. In an effort to educate the public about this topic, she also gave many lectures and cowrote a book titled Is My Baby All Right? in 1972. Later, as a professor at Cornell University, she became the first U.S. medical professor to specialize in birth defects.

During her lifetime Apgar made significant contributions to science not only in the laboratory, but also in the classroom. She instructed hundreds of doctors and left a lasting mark on the field of neonatal care (the care of newborns). Apgar received a number of awards recognizing her role in medicine, including the Ralph Waters Medal from the American Society of Anesthesiologists; the Gold Medal of Columbia University; and Ladies' Home Journal named her Woman of the Year in 1973. In addition she was the recipient of four honorary degrees, the American Academy of Pediatrics founded a prize in her name, and an academic chair was created in her honor at Mount Holyoke College.

On August 7, 1974, Apgar died in New York City at the age of sixty-five. She was remembered as an honest and encouraging teacher who inspired numerous doctors in their practice of medicine and research. The modern fields of anesthesiology and neonatal care owe much to her pioneering work.

Apgar, Virginia, and Joan Beck. Is My Baby All Right?: A Guide to Birth Defects. New York: Trident Press, 1972.

this article really hlped me with my report thanks a bunch!
2
Jessie

I was curious if Virginia Apgar had a middle name. Do you have this on your website?