The author of several novels and a collection of short fiction, as well as plays and stories for children, Chilean author Isabel Allende has received international praise for her writing. Many of her books are noted for their feminine point of view and dramatic qualities of romance and struggle. Her first novel, The House of the Spirits, was made into a film in 1994.

Isabel Allende was born on August 2, 1942, in Lima, Peru. Her parents, Tomás (a Chilean government representative) and Francisca (Llona Barros) Allende divorced when she was three. After the divorce Isabel traveled with her mother to Santiago, Chile, where she was raised in her grandparents' home. Her grandmother's interest in fortune telling and astrology (the study of the influence of the stars on human behavior), as well as the stories she told, made a lasting impression on Allende. The house was filled with books, and she was allowed to read whatever she wanted.

Allende graduated from a private high school at the age of sixteen. Three years later, in 1962, she married her first husband, Miguel Frías, an engineer. Allende also went to work for the United Nations Food and Agricultural Organization in Santiago, where she was a secretary for several years. Later she became a journalist, editor, and advice columnist for Paula magazine. In addition she worked as a television interviewer and newscaster.

When her uncle, Chilean president Salvador Allende (1908–1973), was assassinated in 1973 as part of a military takeover of the government, Isabel Allende's life changed greatly. At first she did not think that the new government would last, but later she came to realize that it was too dangerous to stay in Chile. As a result she, her husband, and their two children fled to Venezuela. Although she had established a successful career as a journalist in Chile, she had a difficult time finding similar work in Venezuela.

During her life in exile Allende was inspired to write her debut novel, The House of the Spirits (1982), which became a best seller in Spain and West Germany. Based on Allende's memories of her family and the political change in her native country, the book describes the personal and political conflicts in the lives of several generations of a family in a Latin American country. These events are communicated through the memories of the novel's three main characters: Esteban and Clara, the father and mother of the Trueba family, and Alba, their granddaughter who falls into the hands of torturers during a military takeover. The House of the Spirits earned the Quality Paperback Book Club New Voice Award nomination. The novel was adapted by the Danish writer and director Bille August and was released as a film in the United States in 1994.

The House of Spirits was followed by Of Love and Shadows, which concerns the switching at birth of two infant girls. One of the babies grows up to become the focus of a journalist's investigation, and the revelation of the woman's assassination compels the reporter and her photographer to go into exile. The novel received a Los Angeles Times Book Prize nomination. 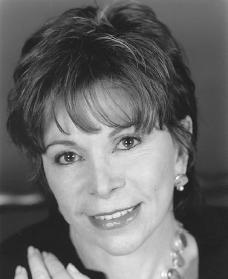 While on a lecture tour in San Jose, California, to promote the publication of Of Love and Shadows in the United States, Allende met William Gordon, a lawyer, who was an admirer of her work and with whom she fell in love. Having been divorced from her first husband for about a year, she married Gordon in 1988 and has lived with him in Marin, California, ever since.

As she became more popular, Allende decided to devote all of her time to writing and quit her job as a school administrator. Her next book, Eva Luna (1988), focused on the relationship between Eva, an illegitimate (born to unmarried parents) writer and storyteller, and Rolfe Carlé, an Austrian film-maker haunted by the knowledge of his father's criminal past. The novel received positive reviews and was voted One of the Year's Best Books by Library Journal. Allende followed up this novel with The Stories of Eva Luna (1991), in which Eva relates several stories to her lover Carlé.

The Eva Luna stories were followed by The Infinite Plan (1993) that, unlike her other books, features a male hero in a North American setting. Gregory Reeves is the son of a traveling preacher who settles in the Hispanic section of Los Angeles after becoming ill. Local gang members torment Reeves, as he is the only Caucasian (white) boy in the district. Eventually he finds his way out of the neighborhood, serves in the army, and goes on to study law. The Infinite Plan received less praise than Allende's previous books. Still, as novelist Jane Smiley pointed out in her Boston Globe review, "Not many [authors from foreign countries] have even attempted writing a novel from the point of view of a native of the new country."

Allende's next work, Paula (1995), was a heartbreaking account of the circumstances surrounding the long illness and death of her daughter in 1991. Published in 1999 Daughter of Fortune is the story of Eliza Sommers, a girl who breaks with nineteenth-century Chilean tradition to follow her lover to California. In September 1996 Allende was honored at the Hispanic Heritage Awards for her contributions to the Hispanic American community. In 1998 she received the Dorothy and Lillian Gish Prize for excellence in the arts. Another novel, Portrait in Sepia, was published in 2001.

Salvador Allende was Isabel's cousin, not her uncle.
2
Walking Encyclopedia

Actually, she was his niece once-removed. In Chile, people with respect sometimes gain the title "Tio" or "Tia" which directly translates to uncle or aunt. This causes the translation in English to be uncle, instead of that she was his niece once-removed. It is correct in Spanish to say Salvador was Isabel's tio, because that is how she viewed him.
3
Gavin Dillon Lawrence

She said that when you're writing a book it's like being in love with a someone who doesn't love you back. You give all and you give all but never get anything back from it while it's happening. You give up everything for it, you become obsessed with it, you stop everything else for it. So you'd better at least be passionate about it or else it's a waste of all your stuff. Not always healthy, but real and heartfelt experience.