From Pulitzer prize-winning playwright to young adult fiction writer, American author Paul Zindel turned his real-life turbulent (marked by disturbance and unrest) teens into fictional stories to show teenagers that their lives and feelings do matter.

Paul Zindel was born on May 15, 1936, in Staten Island, New York. His father, also named Paul, left Zindel, his older sister Betty, and his mother, Betty, for a girlfriend when young Paul was just two years old. This event began Zindel's early adventures. After his father left, Zindel's mother started moving from town to town and from job to job. From shipyard worker to dog breeder, Betty Zindel seemed unable to keep any job. Yet Zindel offered a sort of compliment to his mother: "what mother lacked in money, she made up for being able to talk a mile a minute." Zindel's mother, however, also constantly threatened suicide. Zindel described his home as a "house of fear." He coped not only by creating a fantasy life, but also by wishing he would be abducted by aliens.

In 1951, when Zindel was fifteen, his wish to escape from his home was granted— 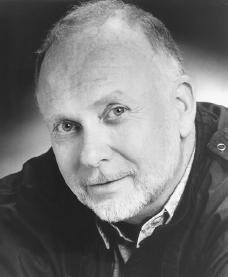 Paul Zindel.
Reproduced by permission of
AP/Wide World Photos
.
although not by aliens, but by doctors. He was diagnosed with tuberculosis. Since tuberculosis is a highly contagious disease of the lungs, he was confined to the hospital for eighteen months—it was here that Zindel wrote his first play.

After recovering, Zindel graduated from high school and left home once again, this time to attend Wagner College in Staten Island. Zindel did not receive a degree in English, literature, or writing, but in 1958, received his bachelor's degree in chemistry and education. In 1959 he also completed a masters of science degree in chemistry. Following college, Zindel found work as a technical writer for a chemical company. After six months, he quit and became a chemistry teacher at Tottenville High School in Staten Island. In his free time, he continued to write plays such as Dimensions of Peacocks and A Dream of Swallows. In the early 1960s, both plays ran on stage in New York City.

In the mid-1960s, Zindel wrote The Effect of Gamma Rays on Man-in-the-Moon Marigolds. Gamma Rays tells the story of Tillie, a teenager who feels smothered by her critical mother and a sister who suffers from epilepsy, a severe disorder that effects motor skills. However, Tillie finds hope for her life when the marigolds she exposed to radiation for a science project, bloom. Zindel won many awards for Gamma Rays, including the 1971 Pulitzer Prize in drama. Zindel, as stated in the forward to the Bantam Edition, said of this often-awarded play, "I suspect it is autobiographical, because whenever I see a production of it I laugh and cry harder than anyone else in the audience."

After viewing a televised version of Gamma Rays, Charlotte Zolotow, an editor at Harper & Row publishers, suggested to Zindel that he write a young adult fiction book. Zindel published The Pigman in 1968. The Pigman told the story of a betrayed friendship between two high school sophomores, John and Lorraine, and a widower named Mr. Angelo Pignati. After an illness forces Mr. Pignati, the "Pigman," out of his home, he entrusts John and Lorraine with its care and his cherished ceramic pig collection. John and Lorraine betray this trust and the Pigman's friendship, however, by throwing a party where his collection is accidentally smashed. With this book, Zindel not only continued collecting awards, including the American Library Association's Best Young Adult Book citation, but also praise.

Throughout the 1970s and 1980s, Zindel continued writing books for teenagers. My Darling, My Hamburger (1969) probed the questions about lust, sex, contraception (birth control), and abortion (a woman's right to end a pregnancy); true love was the subject in I Never Loved Your Mind (1970); parental pressure and friendship came under discussion in Pardon Me, You're Stepping on My Eyeball! (1976); and truth and the perception (the concept) of truth in The Undertaker's Gone Bananas (1978). A collaboration (the work of two or more people) with his wife, Bonnie Hildebrand, whom he had married in 1973, produced A Star for the Latecomer in 1980. In that same year, Zindel published a sequel (the next part of a story) to his most popular book The Pigman. The Pigman's Legacy returned readers to Mr. Pignati's house where John and Lorraine have a second chance to do the right thing and help another elderly man, Gus, live out his final days. However, this was not Zindel's final tale about a "Pigman."

Zindel's works in the 1990s have stretched his talents even more. In 1993 he published several children's books, including Fright Party, David and Della, and Attack of the Killer. That same year, he also released The Fifth-Grade Safari. Returning to his young adult audience, Zindel published Loch in 1994 and The Doom Stone the following year.

Over the past thirty years, Zindel has followed his Pigman's advice. From stage and screen plays to young adult fiction books, he has used his imagination and shared his real-life adventures. In 2002 Zindel was awarded the Margaret A. Edwards Award for his lifetime contribution in writing for young adults.