Gore Vidal is one of America's most important literary figures on the basis of an enormous quantity of work, including novels, essays, plays, and short stories.

Eugene Luther Gore Vidal was born into a family long important in American politics on October 3, 1925, in West Point, New York. His maternal grandfather was Thomas P. Gore, senator from Oklahoma; his father, Eugene Luther Vidal, was director of air commerce under President Franklin D. Roosevelt (1882–1945); and he is distantly related to Albert Gore (1948–), vice president of the United States in the administration of President Bill Clinton (1946–). Although Vidal was never close to his mother, Nina, he had to live with her after his parent's divorce in 1935. As a child Vidal spent long hours in his grandfather's vast library. There young Vidal began to develop his love of literature and history.

The importance of politics in Vidal's life is obvious from his statement, "The only thing I've ever really wanted in my life was to be president." But Vidal did more than talk: he was the Democratic Party candidate for Congress from New York's 29th District (Duchess County) in 1960; he served in the President's Advisory Committee on the Arts under John F. Kennedy (1917–1963) from 1961 to 1963; he was a cofounder of the New Party, backing Senator Eugene McCarthy (1916–), from 1968 to 1971; he was cochairman and secretary of state-designate of the People's Party in the period 1970–1972; and he ran unsuccessfully for the nomination as the Democratic Party's senatorial candidate in California in 1982.

Although always involved in politics, Vidal was a central figure in literature after 1946. In that year, while working as an editor at E. P. Dutton, he published his first novel, Williwaw, based on his service during the last years of World War II (1939–45; a war fought between the Axis powers: Germany, Japan, and Italy—and the Allies: England, France, the Soviet Union, and the United States).

After the poorly received In a Yellow Wood in 1947, Vidal had his first best-seller with The City and the Pillar, a successful but scandalous novel about a homosexual (a person sexually attracted to a member of their own sex). Although many critics termed it groundbreaking because the hero is an all-American youth, its tragic ending is rather conventional for its time. It may or may not be coincidence that his next five novels were negatively reviewed and were all commercial failures.

In 1954 Vidal developed what he called his five-year plan—that is, to go to Hollywood, write for films and television, and make enough money to be financially independent for the rest of his life. Between 1956 and 1970 he wrote or collaborated on seven screenplays, including the film version of Tennessee Williams's (1911–1983) Suddenly Last Summer, on which he worked with the playwright in 1959. Between 1954 and 1960 he also completed fifteen television plays.

Returns to the novel

After the novel Washington, D.C., in 1967, he wrote another novel, Myra Breckenridge 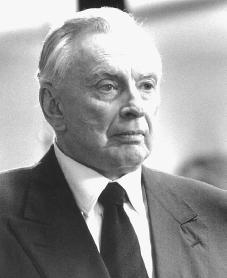 Gore Vidal.
Reproduced by permission of the
Kobal Collection
.
(1968), the saga of a homosexual male converted into a female via a sex change operation, called by Nat Hentoff in the Village Voice, "the first popular book of perverse pornography." After a long stay on the bestseller lists, it was made into a movie.

Fame as a critic

While the general public enjoyed Vidal as a novelist, more sophisticated readers and the critics praised him more for his essays, many of which had appeared first in periodicals, published between 1962 and 1993. The Second American Revolution (1982) won the National Book Critics Circle Award for Criticism in 1982 and United States won the National Book Award in Nonfiction in 1993.

Continuing with literary nonfiction, Vidal released a critically successful memoir in 1995, Palimpsest: A Memoir. In it he reflected upon a life peopled with such interesting friends and acquaintances as his relative Jackie Kennedy (1929–1994), President John F. Kennedy (1917–1963), and many others he mixed with in the literary and political scene. In 2000, Vidal's novel The Golden Age was published.

In May 2000, Vidal gained controversy by announcing plans to attend the execution of Timothy McVeigh, who was convicted of masterminding the bombing of a federal office building in Oklahoma City, Oklahoma, in 1995, resulting in the deaths of 169 people. Due to scheduling conflicts, Vidal was unable to attend.