Martin Scorsese is a director and writer of highly personal films. While many of his works reflect his experience as an Italian American growing up in New York City, he has also made highly regarded movies of great works of literature.

Martin Scorsese was born on November 17, 1942, in Flushing, New York. He was the younger of two sons born to Charles and Catherine Scorsese of Sicilian descent. His father was a clothes presser, and his mother was a seamstress. Scorsese had asthma as a child, and he often spent time alone unable to participate in neighborhood activities. He was fascinated with movies and watched films on television, and his father took him to local theaters frequently while his healthier peers engaged in sports and more social activities. Scorsese was able to find in movies the thrills and excitement that did not exist for him in reality. At a young age he became an expert on the Hollywood movies of the 1940s and 1950s.

Originally, Scorsese wanted to become a priest. He attended a Catholic grade school and entered a junior seminary but left after one year. He then entered the Film School at New York University. Scorsese's It's Not Just You Murray! won the Producer's Guild Award for best student film in 1964. He also received awards for other short films that he made as an undergraduate.

Drew from own experience

After graduating, Scorsese remained at New York University as an instructor in basic film technique and criticism while beginning his career as a director. His first feature film, Who's That Knocking at My Door, was shown in 1969. It introduced the actor Harvey Keitel (1939–), who became a regular in Scorsese's works. The director also frequently casts his mother, Catherine, in his films, and Scorsese himself has acted in some as well.

Outraged by the killing of four Kent State student protesters of the Vietnam War (1960–75; a war in which the United States aided South Vietnam in an attempt to prevent a takeover by Communist North Vietnam), and of war in general, Scorsese and some of his students formed a group, the New York Cinetracks Collective, to film student protests against the conflict. The result was Street Scenes, shown at the 1970 New York Film Festival, which called for a withdrawal of U.S. troops from Vietnam as well as an end to the Reserve Officers' Training Corps (ROTC; an organization that trains college students for the military) on all U.S. college campuses.

In the early 1970s Scorsese moved to Hollywood, in Los Angeles, California, and met the producer and director Roger Corman, who asked him to direct a sequel to his Bloody Mama. Instead, Scorsese directed Corman's Boxcar Bertha, a 1972 gangster film similar to Bonnie and Clyde. According to Ephraim Katz in The Film Encyclopedia, Boxcar Bertha "gave the young director the opportunity to work within the Hollywood system and paved the way to his phenomenal [extraordinary] rise in the coming years."

Next on the filmmaker's career path was a return to familiar turf in Mean Streets, a 1973 release about a young Italian American trying to get by in a tough environment. Emphasizing character development over plot, Mean Streets featured a style of quick cuts that Scorsese used in later works. It also marked the director's first creative pairing with the 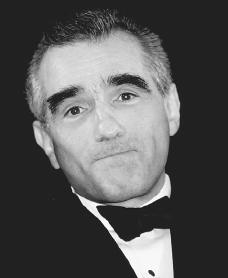 Martin Scorsese.
Reproduced by permission of
Archive Photos, Inc.
actor Robert De Niro (1943–), whom Scorsese had grown up with in the Little Italy section of New York City. Their work together evolved into one of the most successful director and actor partnerships in modern film.

Scorsese also began directing documentaries (films that follow real people and real events) in the 1970s. These included Italianamerican, a profile of his parents released in 1974, and American Boy, a 1978 account of a friend who had immersed himself in the drug culture of the 1960s. He veered away from his usual movie themes with Alice Doesn't Live Here Anymore in 1975, a film about a widowed mother trying to find herself in Arizona. Scorsese followed with his first major hit, Taxi Driver (1976). Taxi Driver was awarded the International Grand Prize at the Cannes Film Festival. The director's nostalgic (remembering in a sentimental way) look at his city after World War II (1939–45; a war fought between the Axis power: Germany, Italy, and Japan—and the Allies: England, France, the Soviet Union, and the United States), called New York, New York proved a critical failure in 1977, despite having the star power of Robert De Niro and Liza Minnelli (1946–). Scorsese became depressed as well as physically ill and required hospitalization following the making of this film.

Scorsese returned to documentaries in the late 1970s by directing a film of the final concert of the rock group the Band entitled The Last Waltz. De Niro convinced Scorsese to direct Raging Bull, a saga of the boxer Jake LaMotta (1922–). The movie earned Scorsese the National Society of Film Critics Award for Best Director, as well as his first Academy Award nomination. Raging Bull was later named the best film of the decade in a movie critics' poll. The King of Comedy, a 1983 film about a failed comic who kidnaps a famous talk-show host, was one of Scorsese's less successful efforts. It featured Robert De Niro and Jerry Lewis (1935–). Praises came his way again for his direction of After Hours, an unusual comedy about a mild-mannered New York City resident who gets involved in a series of late-night mishaps. Scorsese was honored with the Best Director Award at the Cannes Film Festival for this effort.

Box-office success greeted Scorsese's The Color of Money in 1986, a sequel to The Hustler starring Paul Newman (1925–). It represented one of Scorsese's few big-budget productions up to that time. Certain religious groups were outraged by his next release, 1988's The Last Temptation of Christ, which dealt with an alternative interpretation of Jesus' acceptance of his role on earth.

Scorsese surprised the film community by his filming of Age of Innocence, the Edith Wharton (1862–1937) novel set in nineteenth-century New York City. "I had the script in my mind for two years and wrote it in two and half weeks," Scorsese told the magazine Interview about the film in 1993. Richly produced and slowly paced, it resembled nothing in Scorsese's directorial past. However, Scorsese jumped back to modern times with a tale of greed and deception in Las Vegas with his 1995 release, Casino. Scorsese's next film, Kundun, the story of Tibet's exiled spiritual leader, the Dalai Lama (1935–), was released in September 1997.

Scorsese showed his support of film history in 1990 by becoming president of the Film Foundation, an organization dedicated to film preservation. He has also been very active in promoting independent filmmakers. In 1994 became a member of the advisory board for the Independent Film Channel on cable television. The American Film Institute awarded Scorsese its 1997 Life Achievement Award. In the same year he was awarded the Wexner Prize for originality in the arts. In 2001, because of his efforts to preserve old films, Scorsese was honored as the first person to receive the award for preservation by the International Federation of Film Archives.

Scorsese has directed twenty feature films and documentaries spanning four decades. He has also written a number of screenplays since his first film was released in 1968. His work is often rooted in his life experience of an Italian American Catholic heritage. The director's success can be attributed to his keen insight into human nature and his ability to use that insight to create many of the film industry's most memorable characters.