Born on August 26, 1906, in Bialystock, Poland, Albert Bruce Sabin came to the United States with his parents and three siblings in 1921 in order to avoid persecution (harsh treatment) directed against Jews. They established residence in Paterson, New Jersey. Sabin's father worked in the textile industry in both silk and regular cloth. Sabin worked hard to learn his new language, working odd jobs throughout his high school and college years.

At Paterson High School Sabin participated in after-school activities including the literary and debating clubs. He graduated in 1923. Sabin entered New York University as a predental student, then switched to medical school microbiology (the study of life forms that cannot be seen without the aid of a microscope). 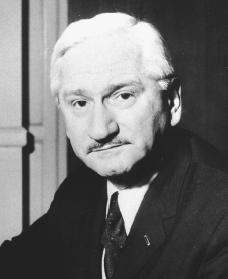 Upon receiving his medical degree in 1931, Sabin immediately began research on the nature and cause of polio, a viral infection that can result in death or paralysis. This disease had reached epidemic (affecting a huge number of people) proportions, affecting people around the world.

Sabin joined the staff of the Rockefeller Institute in New York City in 1935 and four years later left for a post at the Children's Hospital Research Foundation in Cincinnati, Ohio. It was there that he proved that polio viruses not only grew in nerve tissue, as was generally assumed, but that they lived in the small intestines. This discovery indicated that polio might be vulnerable to a vaccine taken orally (through the mouth).

Sabin's work on a polio vaccine was interrupted by World War II (1939–45; a war fought mostly in Europe with France, Great Britain, the Soviet Union, and the United States on one side, and Germany, Japan, and Italy on the other). In 1941 he joined the U.S. Army Epidemiological Board's Virus Committee and accepted assignments in Europe, Africa, the Middle East, and the Pacific. During this phase of his career Sabin developed vaccines for encephalitis (swelling of the brain), sand-fly fever, and dengue fever (a virus transmitted by mosquitoes).

After an intensive investigation Sabin managed to isolate the viruses he sought. Sabin and his research associates first swallowed the live avirulent viruses themselves before they experimented on other human subjects. For two years (1955–1957) the vaccine was tested on hundreds of prison inmates with no harmful effects.

At this point Sabin was ready for large-scale tests, but he could not carry them out in the United States. A rival polio vaccine developed by Dr. Jonas Salk (1914–1995) in 1954 was then being tested for its ability to prevent the disease among American school children. Salk's approach was to create a vaccine using a killed form of the virus.

Some foreign virologists, especially those from the Soviet Union, were convinced of the superiority of the Sabin vaccine. It was first tested widely in Russia, Latvia, Estonia, Czechoslovakia, Poland, Hungary, and East Germany from 1957 to 1959. A much smaller group of persons living in Sweden, England, Singapore, and the United States received Sabin's vaccine by the end of 1959.

In the meantime Salk's vaccine had been accidentally contaminated with some live virulent polio viruses. It caused death or severe illness to several hundred school children. In addition, the Salk vaccine had to be injected into the body and it was effective for a relatively short time—less than a year. These problems made the American medical community more receptive to Sabin's vaccine.

Sabin's vaccine was free of dangerous viruses, easily administered orally, and effective over a long period of time. Ultimately it was a live virus vaccine that was used in the United States and the rest of the world to eliminate polio.

Always a tireless researcher, Sabin moved on to a new field of study, the possible role viruses play in creating cancer in humans. After more than a decade of work he was forced in 1977 to conclude that cancers were not caused by viruses as he had first assumed. Sabin served as research professor at the University of South Carolina until 1982. In 1980 he traveled to Brazil to deal with a new outbreak of polio, and retired from medicine in 1986. Sabin died March 3, 1993, of heart failure.

Sabin's work on a vaccine for the polio virus affected millions of people. By 1993 health organizations reported the nearextinction of the polio disease in the Western Hemisphere.