The Swiss-born philosopher (seeker of wisdom), author, political theorist (one who forms an explanation or theory on a subject based on careful study), and composer (writer of music) Jean-Jacques Rousseau ranks as one of the greatest figures of the French Enlightenment, a period of great artistic awakening in France.

Jean-Jacques Rousseau was born to Suzanne Bernard and Isaac Rousseau on June 28, 1712, in Geneva, Switzerland. Nine days later his mother died. At the age of three, he was reading French novels with his father, and Jean-Jacques acquired his passion for music from his aunt. His father fled Geneva to avoid imprisonment when Jean-Jacques was ten. By the time he was thirteen, his formal education had ended and he was sent to work for a notary public (someone legally empowered to certify documents), but he was soon dismissed as fit only for watchmaking. Afterwards Rousseau spent three miserable years serving as a watchmaker, which he abandoned when he found himself unexpectedly locked out of the city by its closed gates. He faced the world with no money or belongings and no obvious talents.

Rousseau found himself on Palm Sunday, 1728, in Annecy, France, at the house of Louise Eleonore, Baronne de Warens. Rousseau lived under her roof off and on for thirteen years and was dominated by her influence. Charming and clever, a natural businesswoman, Madame de Warens was a woman who lived by her wits. She supported him and found him jobs, most of which he disliked. A friend, after examining the lad, informed her that he might aspire to become a village curé (priest) but nothing more. Still Rousseau read, studied, and thought. He pursued music and gave lessons, and for a time he worked as a tutor.

Rousseau's scheme for musical notation, published in 1743 as Dissertation sur la musique moderne, brought him neither fame nor fortune—only a fond letter from the Académie des Sciences. But his interest in music spurred him to write two operas— Les Muses galantes (1742) and Le Devin du village (1752)—and permitted him to write articles on music for Denis Diderot's (1713–1784) Encyclopédie; the Lettre sur la musique française (1753) and the Dictionnaire de musique, published in 1767.

From September 1743 until August 1744 Rousseau served as secretary to the French ambassador to Venice, Italy. He experienced at firsthand the stupidity and corruption (dishonesty and deception) involved in these offices. Rousseau spent the remaining years before his success with his first Discours in Paris, where he lived the poor lifestyle of a struggling intellectual.

In March 1745 Rousseau began an affair with Thérèse Le Vasseur. She was twenty-four years old, a maid at Rousseau's lodgings. She remained with him for the rest of his life—as mistress, housekeeper, mother of his children, and finally, in 1768, as his wife. They had five children—though some biographers have questioned whether any of them were Rousseau's. Apparently he regarded them as his own even though he assigned them to a hospital for abandoned children. Rousseau had no means to educate them, and he reasoned that they would be better raised as workers and peasants by the state.

By 1749 Rousseau had befriended the French philosopher Diderot. The publication of Diderot's Lettre sur les aveugles had resulted in his imprisonment at Vincennes, France. While walking to Vincennes to visit Diderot, Rousseau read an announcement of a prize being offered by the Dijon Academy for the best essay on the question, "Has progress of the arts and sciences contributed more to the corruption or to the purification of morals?" Rousseau won the prize of the Dijon Academy with his Discours sur les sciences et les arts. His famous "attack" on civilization called for sixty-eight articles defending the arts and sciences. Though he himself regarded this essay as "the weakest in argument and the poorest in harmony and proportion" of all his works, he nonetheless believed that it sounded one of his essential themes: the arts and sciences, instead of freeing men and increasing their happiness, had for the most part imprisoned men further. 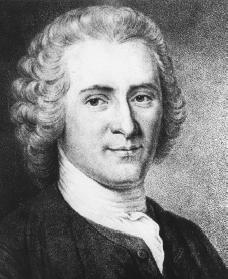 Rousseau's novel La Nouvelle Héloïse (1761) attempted to portray in fiction the sufferings and tragedy that foolish education and restrictive social customs had among sensitive creatures. Rousseau's two other major writings— L'émile ou de l'éducation (1762) and Du contrat social (1762)—undertook the more difficult task of constructing an education and a social order that would enable men to be natural and free; that is, to enable men to recognize no bondage except the bondage of natural necessity. To be free in this sense, said Rousseau, was to be happy.

La Nouvelle Héloïse appeared in Paris in January 1761. Originally entitled Lettres de deux amants, habitants d'une petite ville au pied des Alpes, the work was structurally a novel in letters, after the fashion of the English author Samuel Richardson (1689–1761). The originality of the novel won it harsh reviews, but its sexual nature made it immensely popular with the public. It remained a best seller until the French Revolution in 1789, a massive uprising calling for political and social change throughout France.

The reputation of La Nouvelle Héloïse was nothing compared to the storm produced by L'émile and Du contrat social. Even today the ideas set forth in these works are revolutionary. Their expression, especially in L'émile, in a style both readable and alluring made them dangerous. L'émile was condemned (officially dissaproved of) by the Paris Parliament (the governing body) and heavily criticized by the archbishop of Paris. Both of the books were burned by the authorities in Geneva, Switzerland.

Forced to flee from France, Rousseau sought refuge at Yverdon in the territory of Bern. There he was kicked out by the Bernese authorities and would spend the next few years seeking a safe place to live. Finally, British philosopher David Hume (1711–1776) helped Rousseau settle in Wotton, Derbyshire, England, in 1766. Hume managed to obtain from George III (1738–1820) a yearly pension (sum of money) for Rousseau. But Rousseau, falsely believing Hume to be in league with his Parisian and Genevan enemies, not only refused the pension but also openly broke with the philosopher.

Rousseau returned to France in June 1767 under the protection of the Prince de Conti. Wandering from place to place, he at last settled in 1770 in Paris. There he made a living, as he often had in the past, by copying music. By December 1770 the Confessions, upon which he had been working since 1766, was completed, and he gave readings from this work at various private homes. His last work, Les Rêveries du promeneur solitaire, begun in 1776 and unfinished at his death, records how Rousseau, an outcast from society, recaptured "serenity, tranquility, peace, even happiness."

In May 1778 Rousseau accepted Marquis de Giradin's hospitality at Ermenonville near Paris. There, with Thérèse at his bedside, he died on July 2, 1778, probably from uremia, a severe kidney disease. Rousseau was buried on the Île des Peupliers at Ermenonville. In October 1794 his remains were transferred to the Panthéon in Paris. Thérèse, surviving him by twenty-two years, died in 1801 at the age of eighty.

Cranston, Maurice. The Solitary Self: Jean-Jacques Rousseau in Exile and Adversity. Chicago: University of Chicago Press, 1997.

In March 1745 Rousseau began an affair with ThÃ©rÃ¨se Le Vasseur. She was twenty-four years old, a maid at Rousseau's lodgings. She remained with him for the rest of his lifeâ€”as mistress, housekeeper, mother of his children, and finally, in 1768, as his wife. They had five childrenâ€”though some biographers have questioned whether any of them were Rousseau's. Apparently he regarded them as his own even though he assigned them to a hospital for abandoned children. Rousseau had no means to educate them, and he reasoned that they would be better raised as workers and peasants by the state.