The Russian-born dancer and choreographer (a composer of dance) Rudolph Nureyev captured international acclaim as the greatest male ballet dancer of the 1960s and 1970s. His versatility (the ability to change easily) and energy were expressed in countless classical and modern roles, on both stage and screen.

Rudolf Hametovich Nureyev was born on March 17, 1938, on a train travelling to Vladivostok in Russia, where his father was an instructor of Soviet soldiers. He was the youngest of the four children of Hamet and Farida Nureyev, who came from Asiatic Mongol ancestry. At the outbreak of World War II (1939–45; a war fought between the Axis Powers: Germany, Italy, and Japan—and the Allies: England, France, the Soviet Union, and the United States), his father joined the Soviet army and the family moved to Moscow, Russia. There, Nureyev, along with his three older sisters, grew up in terrible poverty, and the Nureyevs were forced to live with other families. At school he did not fair any better. Constantly teased and harassed by his fellow students for being raised so poor, Nureyev grew up lonely and isolated. But the young boy found enjoyment in one thing—music. 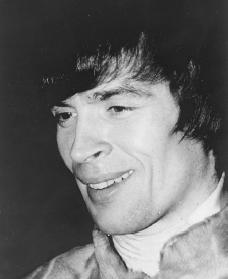 Nureyev, despite early discouragement from his parents, began his dancing career with amateur folk dance groups and the Ufa Opera Ballet. At the age of seventeen he entered the Leningrad Ballet School to study with the outstanding teacher Alexander Pushkin. After three years of training he joined the Kirov Ballet as a soloist, dancing full length roles in Don Quixote, Gayane, Giselle, La Bayadere, The Nutcracker, Swan Lake, and The Sleeping Beauty.

Nureyev's offstage reputation was equally sensational, bringing him constant trouble with both the Kirov management and the Russian political authorities. In the Kirov's first-ever appearance in Paris, France, in 1961, Nureyev was an outstanding success, yet his resistance of company regulations sparked a command return to Moscow. On June 17, 1961, Nureyev cut his ties with the Soviet Union (the former country that consisted of Russia and several smaller nations) seeking political asylum (political protection) at Le Bourget Airport in Paris, France.

Within five days, Nureyev embarked on a six-month season with the international Grand Ballet du Marquis de Cuevas, dancing the Prince and the Blue Bird in The Sleeping Beauty. As partner to Rosella Hightower, he made his London, England, debut in October 1961 at the Royal Academy of Dancing, where he met the ballerina Margot Fonteyn (1919–1991), who became his principal partner for many years. He became a regular guest artist with the Royal Ballet from 1962 to the mid-1970s, in addition to performing with Ruth Page's Chicago Opera Ballet, American Ballet Theatre, and on U.S. and French television.

With an inexhaustible stamina, Nureyev continued to perform at a nonstop pace, acquiring over ninety roles and appearances with over thirty major ballet and modern dance companies. Frederick Ashton (1904–1988), the British choreographer, was the first to create a role specifically for Nureyev in Marguerite and Armand in March 1963. Nureyev's own first production was the last act of La Bayadere for the Royal Ballet in November 1963, and his first reconstruction was the nineteenth-century three-act classic Raymonda for the Royal Ballet in June 1964. His fascination with modern dance, which led to performances with American choreographers Martha Graham (1893–1991), Murray Louis, and Paul Taylor, began with Rudi Van Dantzig's Monument for a Dead Boy with the Dutch National Ballet in December 1968. He broke into film in 1972 with his directing debut of his own production of Don Quixote in Melbourne, Australia, and the creation of the film I Am A Dancer. The film Rudolph Valentino, directed by Ken Russell in 1976, gave Nureyev his debut as a film actor.

Self-reliance and a constant drive directed Nureyev's energy into a performing schedule around the world that only Anna Pavlova (1885–1931) could equal. His guest performances were slightly cut back with his assumption (the act of taking for oneself) of a three-year directorship of the Paris Opera Ballet in 1983. A rapidly changing character—shrewd, cunning, charming, and passionate—Nureyev demonstrated a commitment and a savage power equaled by no other dancer in his day. His last stage appearance was for a curtain call at the Palace Garner after the production of his dance La Bayadere had been performed. He succumbed to acquired immune deficiency syndrome (AIDS; a disease that attacks the body's immune system) in Paris on January 6, 1993. He was fifty-four years old. "Any time you dance," Nureyev once said in an interview in Entertainment Weekly, "what you do must be sprayed with your blood."

What a privilege to have seen him live! I just saw the film and loved it