The French painter and sculptor Henri Matisse was one of the great initiators of the modern art movement, which uses the combination of bold primary colors and free, simple forms. He was also the most outstanding personality of the first revolution in twentieth century art—Fauvism (style of art that uses color and sometimes distorted forms to send its message).

Henri Matisse was born on December 31, 1869, in Le Cateau-Cambrésis, France. After the war of 1870–71 his family moved to Bohain-en-Vermandois, France. Matisse's father was a corn merchant, his mother an amateur painter. Matisse studied law from 1887 to 1891 and then decided to go to Paris, France, to become a painter. He worked under Adolphe William Bouguereau (1825–1905) at the Académie Julian in Paris, but he left in 1892 to enter the studio of Gustave Moreau (1826–1898) at the École des Beaux-Arts, where he studied until 1897. Moreau was a liberal teacher who did not interfere with the individuality of his pupils. He encouraged his students to look at nature and to paint outdoors, as well as to frequently visit the museums. Matisse copied paintings in the Louvre and painted outdoors in Paris.

Begins with impressionism and moves to Fauvism

About 1898, under the influence of impressionism (an art form using dabs of paint in primary colors to create an image representing a brief glance rather than a long study), the colors Matisse used became lighter, as in his seascapes of Belle-Île and landscapes of Corsica and the Côte d'Azur (coast of France on the Mediterranean Sea). Although impressionist in character, these early works of Matisse already showed a noticeable emphasis on color and simplified forms. Matisse married in 1898 and visited London, England, in the same year to study. On his return to Paris he attended classes at the Académie Carrière, where he met André Derain (1880–1954). Matisse created his first sculptures in 1899.

From 1900 Matisse struggled financially for years. In 1902 the artist, his wife Amélie, and their three children were forced to return to Bohain. In 1903 the Salon d'Automne was founded, and Matisse exhibited there. From 1900 to 1903, under the influence of Paul Cézanne (1839–1906), Matisse produced still lifes and nudes. In 1904 he had his first one-man show at the gallery of Ambroise Vollard in Paris and spent the summer in Saint-Tropez, France. In 1905 Matisse painted with Derain at Collioure; the works Matisse created there are excellent examples of Fauvism in their bright colors and flat patterning.

Matisse's Fauve period extended from 1905 to 1908, during which time he completed a brilliant series of masterpieces. At the 1905 Salon d'Automne these paintings, known as the Fauves, made their first public appearance. In 1906 Matisse's Joie de vivre was exhibited at the Indépendants; the painting gained him the title of the "King of the Fauves."

Matisse made his first trip to North Africa in 1906. His Blue Nude, or Souvenir de Biskra (1907), is a memento of the journey. In this painting he experimented with contrapposto (an S-curve pose), and he used the same form in the sculpture Reclining Nude I (1907). He had established a studio in the former Convent des Oiseaux in 1905; this became a meeting place for foreign artists. He developed into the leader of an international art school with mainly German and Scandinavian pupils who spread his ideas. His "Notes of a Painter," published in La Grande revue in 1908, became the artistic handbook of a whole generation. Matisse was a pleasant man who looked more like a shy government official than an artist. He never accepted any fees for his teaching so that he was not obligated to staying in one place. He did not want commitments to interfere with his creative activity.

Between 1908 and 1913 Matisse made journeys to Spain, Germany, Russia, and Africa. In Munich, Germany, he saw an exhibition of Islamic art (1910), and in Moscow, Russia, he studied Russian icons (1911). Russian collectors began to buy his paintings. He produced five sculptures—heads of Jeannette—during 1910 and 1911, which show a resemblance to African masks and sculptures. His Moroccan journey of 1911–12 had a positive influence on his development, which is seen in Dance, Music, the Red Fishes, and the series of interiors recording his studio and its contents. They show a stern and compact style with blacks and grays, mauves, greens, and ochers (brown tones). Great Matisse exhibitions were held in 1910, 1913, and 1919. 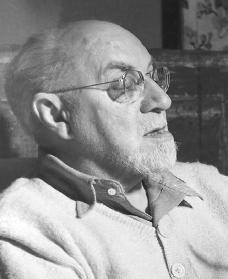 Henri Matisse.
Reproduced by permission of the
Corbis Corporation
.

By 1919 Matisse had become an internationally known master. His style at that time was characterized by the use of pure colors and their complex interplay (harmonies and contrasts); the two-dimensionality of the picture surface enriched by decorative patterns taken from wallpapers, Oriental carpets, and fabrics; the human figures being treated in the same manner as the decorative elements. The goal of Matisse's art was the portrayal of the joyful living in contrast to the stresses of our technological age. Between 1920 and 1925 he completed a series of odalisques (female slaves), such as the Odalisque with Raised Arms; this period has been called an oasis of lightness.

In 1925 Matisse was made chevalier, the lowest ranking member of the Legion of Honor, and in 1927 he received the first prize at the Carnegie International Exhibition at Pittsburgh. After a visit to Tahiti, Matisse was a guest at the Barnes Foundation at Merion, Pennsylvania, and accepted Dr. Barnes's commission to paint a mural, The Dance (1932–1933), for the hall of the foundation. During the next years he produced paintings, drawings, book illustrations (etchings and lithographs), sculptures (he made fifty-four bronzes altogether), ballet sets, and designs for tapestry and glass. In 1944 Pablo Picasso (1881–1973) arranged for him to be represented in the Salon d'Automne to celebrate the liberation of Paris from Nazi rule.

Matisse considered the peak of his life-work to be his design and decoration of the Chapel of the Rosary for the Dominican nuns at Vence, France (1948–1951). He designed the black-and-white tile pictures, stained glass, altar crucifix, and vestments (ceremonial robes). At the time of the consecration (declaration of sacredness) of the Vence chapel, Matisse held a large retrospective exhibition (a look back at the work he created) in the Museum of Modern Art in New York City.

The ultimate step in the art of Matisse was taken in his papiers découpés, abstract cutouts in colored paper, executed in the mid-1940s, for example, the Negro Boxer, Tristesse du roi, and Jazz. The master died on November 3, 1954, in Cimiez, France, near Nice.