Julia Ward Howe, American author and reformer, wrote the words for "The Battle Hymn of the Republic." She was also a ground-breaking activist in the pursuit of women's right to vote. 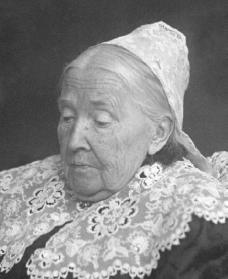 Julia Ward Howe.
Courtesy of the
Library of Congress
.

Growing up in New York

Julia Ward Howe was born Julia Ward in New York City on May 27, 1819. She was the fourth of seven children of a successful Wall Street banker. When Howe was five years old, her mother died. Because of her father's conservative nature, she was limited in her socializing. Eventually Howe was introduced to New York society, and her charm made her an instant favorite.

Shortly after Howe turned twenty, her father also died. She then moved to Boston in hopes of recovering from her loss. In 1843 she married Samuel Gridley Howe (1801–1876), a physician, pioneer teacher of the blind, and reformer. Although some of her Boston friends included poet Henry Wadsworth Longfellow (1807–1882) and essayist Ralph Waldo Emerson (1803–1882), she found Boston society cold and uninviting. About the same time, Howe's views of a woman's role in society began to change. She became outspoken and oftentimes voiced her opinion, although it was not common for women to do so at the time.

While in Boston the Howes edited the Commonwealth, an antislavery paper. Howe's first book, a collection of poems, was published in 1854. Afterwards she wrote many volumes of verse, travel descriptions, and essays. None was so popular as her patriotic song, "The Battle Hymn of the Republic," which she composed in a tent one night after visiting military camps during the American Civil War (1861–65; a war fought in the United States between the northern states and the southern states that resulted in the end of slavery in the country). During the war Howe was a strong supporter of the northern states and their antislavery stand. Because of the song she wrote based on her wartime beliefs, she became one of the best-known and most widely honored women in America.

Meanwhile other conflicts drove her to take action in support of peace. As a Francophile, or supporter of France, she was horrified by the Franco-Prussian War (1870–71; a war between France and Prussia, or states that made up what is today Germany). This antiwar view led Howe to become president of the American Branch of the Woman's International Peace Association in 1871.

After the American branch of the peace association failed, Howe began working to concern the nation's women on issues concerning the homefront. She helped found the New England Woman's Club in 1868. That same year she organized the New England Woman Suffrage Association and later the American Woman Suffrage Association. (Suffrage is the right to vote.) These two ground-breaking associations pushed for a woman's right to vote in America.

New York feminists (fighters for women's rights), led by Susan B. Anthony (1820–1906) and Elizabeth Cady Stanton (1815–1902), wanted the cause to embrace many social and political issues, from marriage questions to labor unions. More conservative Boston feminists, including Howe and Lucy Stone (1818–1893), focused on women's rights alone. The conservative Boston feminists encouraged men to join the movement, whereas the New Yorkers believed that men limited the organization's efforts. For more than twenty years these differences divided the movement into two organizations: the American Woman Suffrage Association and the Stanton-Anthony National Woman Suffrage Association.

Eventually the National came around to the American's point of view, and the two associations united in 1890 as the National American Woman Suffrage Association. Although Howe's careful strategy was adopted, it was another thirty years before women were given the right to vote under the Nineteenth Amendment to the Constitution, in 1920.

In 1908 Howe was the first woman elected to the American Academy of the Arts and Letters, an organization for famed artists and writers. She died on Oct. 17, 1910, in Newport, Rhode Island. She is remembered chiefly for "The Battle Hymn," in some ways the least of her accomplishments. Yet there is justice in this. She wrote it to help free the slaves, and later it became the anthem of the women's suffrage movement. Even later it was used by civil rights workers. In 1968, when the funeral train for Senator Robert Kennedy (1925–1968) carried his body from New York City to Washington, D.C., "The Battle Hymn" was sung by mourners.