Joseph Heller was a popular and respected writer whose first and best-known novel, Catch-22 (1961), was considered a classic piece of literature in the second half of the twentieth century.

Joseph Heller was born in Brooklyn, New York, to first generation Russian-Jewish immigrants. His father, a bakery-truck driver, died after a surgical operation when Heller was only five years old. Many critics believe that Heller developed the dark, wisecracking humor that marked his writing style while growing up near Coney Island, a famous amusement park in Brooklyn. Heller recalled little childhood influence in the literary world except for The Illiad by Homer, an eighth-century B.C.E. poet.

Education and the military

After graduating from high school in 1941, Heller worked briefly in an insurance office, and in 1942 he enlisted in the Army Air Corps after America entered World War II (1939–45; a war in which France, Great Britain, the United States, and the Soviet Union fought against Germany, Italy, and Japan). Two years later he was sent to Corsica, an island in the Mediterranean Sea, where he flew sixty combat missions as a fighter pilot, earning an Air Medal and a Presidential Unit Citation. It is generally agreed that Heller's war years in the Mediterranean had only a minimal impact on the creation of Catch-22.

After Heller left the military in 1945, he married Shirley Held and began his college education. He obtained a bachelor's degree in English from New York University, a master's degree from Columbia University, and attended Oxford University as a Fulbright Scholar for a year before becoming an English instructor at Pennsylvania State University. 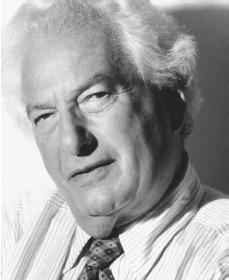 Joseph Heller.
Reproduced by permission of
AP/Wide World Photos
.
at such magazines as Time, Look, and McCall's from 1952 to 1961. During this time Heller was also writing short stories and scripts for film and television, as well as working on Catch-22. After the success of Catch-22, Heller quit his job at McCall's and concentrated exclusively on writing fiction and plays.

Catch-22 concerns a World War II fighter pilot named Yossarian who believes his foolish, ambitious, mean-spirited commanding officers are more dangerous than the enemy. In order to avoid flying more missions, Yossarian retreats to a hospital with a mysterious liver complaint, wrecks his plane, and tries to get himself declared insane. Variously defined throughout the novel, "Catch-22" refers to the ways in which officials in command control the people who work for them.

"I never thought of Catch-22 as a comic novel," Heller says in the New York Times. "[But] … I wanted the reader to be amused, and … I wanted him to be ashamed that he was amused. My literary bent … is more toward the morbid [gruesome] and the tragic. Great carnage [death] is taking place and my idea was to use humor to make ridiculous the things that are irrational and very terrible."

While Heller's place in twentieth-century letters is secured with Catch-22, he is also highly regarded for his other works, which present a comic vision of modern society with serious moral connections. A major theme throughout his writing is the conflict that occurs when individuals interact with such powerful institutions as corporations, the military, and the government.

Heller's second novel, Something Happened, centers on Bob Slocum, a middle-aged businessman who has a large, successful company but feels emotionally empty. While initial reviews of Something Happened were mixed, more recent criticism has often deemed this novel superior to and more sophisticated than Catch-22.

Good as Gold (1979) marks Heller's first fictional use of his Jewish heritage and childhood experiences in Coney Island. In Picture This (1988), Heller utilizes Rembrandt's painting "Aristotle Contemplating the Bust of Homer" to draw parallels between ancient Greece, seventeenth-century Holland, and contemporary America.

In the early 1980s Heller was stricken with a nerve disease, Guillain-Barre syndrome, that left him paralyzed for several months. Though the author became too weak to move and almost too weak to breathe on his own, he eventually regained his strength and recovered from the often fatal disorder. After completing God Knows, Heller began writing his first nonfiction book, No Laughing Matter, with Speed Vogel, a friend who helped him considerably during his illness.

Heller died of a heart attack on December 12, 1999, at his East Hampton, New York, home. After Heller's death, Simon & Schuster published Heller's final work, A Portrait of an Artist, as an Old Man, a collection of memoirs and essays by one of the world's most influential writers of the twentieth century.