Russian painter Marc Chagall was one of the great masters of the School of Paris. He was also praised as an influence on surrealism, a twentieth-century artistic movement that expressed the subconscious in wild imagery.

Marc Chagall was born Moishe Shagal on July 7, 1887, in Vitebsk, Russia, to a poor Jewish family that included ten children. His father, Zakhar Chagall, worked in a fish factory and his mother, Ida Chagall, worked in the family home and ran a grocery store. The years of his childhood, the family circle, and his native village became the main themes of his art. These first impressions lingered in his mind like original images and were transformed into paintings with such titles as the Candlestick with the Burning Lights, the Cow and Fish Playing the Violin, the Man Meditating on the Scriptures, the Fiddler on the Roof, and I and My Village. According to French poet and critic André Breton (1896–1966), with Chagall "the metaphor [comparison of images] made its triumphant return into modern painting." And it has been said that Pablo Picasso (1881–1973) was a triumph of the mind, but Chagall was the glory of the heart.

Chagall received early schooling from a teacher friend who lived nearby. He then attended the town school, but he only did well in geometry. He became an apprentice (a person who works for another in order to learn a profession) to a photographer but did not like the work. He then decided that he wanted to become an artist and talked his parents into paying for art lessons. He began his artistic instruction under the direction of a painter in Vitebsk. In 1907 he moved to St. Petersburg, Russia, where he attended the school of the Imperial Society for the Protection of the Arts and studied briefly with famed Russian painter Leon Bakst (1866–1924). These were difficult years for Chagall. He was extremely poor and was unable to support himself with his artwork. He took a job as a servant and also learned how to paint signs. In Bakst's studio he had his first contact with the modern movement that was sweeping Paris, and it freed his inner resources. His pictures of this early period are pleasant images of his childhood. 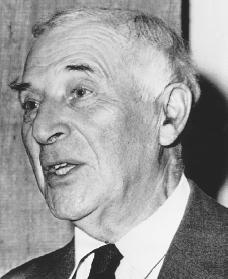 Chagall lived in Russia for the duration of World War I (1914–18). During the Russian Revolution (the uprising to overthrow the government of the czar [Russian king] in 1917) he was made a commissar (an official) for art, but he resigned in 1919 after a clash with the suprematist painters (Russian artists that used nonobjective art and basic geometric shapes). In 1922 Chagall left Russia for good, going to Berlin, Germany and then back to Paris. The art dealer Ambroise Vollard (1865–1939) commissioned (hired) him to illustrate Nikolay Gogol's (1809–1852) "Dead Souls" (ninety-six etchings) in 1923 and "La Fontaine's Fables" (one hundred etchings) in 1927.

A journey to Palestine and Syria in 1931 gave Chagall firsthand knowledge of the land, which he represented in his illustrations for the Bible (1931–1939 and 1952–1956). He is considered the greatest interpreter of the Bible since Rembrandt (1606–1669). He used biblical themes in paintings, graphic works, and stained glass (two windows for the Cathedral in Metz, France, 1960 and 1962; twelve windows for the medical center in Jerusalem, 1961). Chagall started a new series of large paintings, the "Biblical Message," in 1963.

Chagall traveled throughout France and elsewhere from 1932 to 1941, when he settled in the United States, where he remained until 1947. He designed the sets and costumes for the ballets Aleko (1942) and The Firebird (1945). Bella, his beloved wife, inspiration, and model, whom he had married in 1915, died in 1944.

In 1948, the year after Chagall returned to France, he started Arabian Nights, a series of lithographs (prints created by a printing process using stone or metal plates that have been treated so that the image to be printed picks up the ink and the blank area does not). He began working in ceramics in 1950 and made his first sculptures the following year. In 1952 he married Valentina "Vava" Brodsky. His famous "Paris" series, a sequence of fantastic scenes set against the background of views of the city, was created between 1953 and 1956.

Chagall continued to create great artworks throughout the later years of his life. In the 1960s and 1970s, his stained glass art appeared in such buildings as the United Nations (UN) in New York City. In 1973 a museum of his works was opened in Nice, France. In 1977, the Louvre, a world-famous art museum in Paris, exhibited sixty-two of his paintings, an extremely rare event for a living artist. Chagall died at the age of ninety-seven in 1985.