The American virologist David Baltimore was only thirty-seven years old when he received the Nobel Prize in Physiology and Medicine for his significant work in cancer research.

David Baltimore was born on March 7, 1938, in New York, New York, the son of Richard and Gertrude (Lipschitz) Baltimore. As a student Baltimore excelled in math, but quickly developed an intense interest in science. While still a high school student, he spent a summer at the Jackson Memorial Laboratory in Bar Harbor, Maine, experiencing biology under actual research conditions. This so affected him that upon entering Swarthmore College in 1956 he declared himself a biology major. Later he switched to chemistry to complete a research thesis (a research report, usually a requirement for graduation). He graduated in 1960 with a bachelor's degree with high honors. Between his sophomore and junior years at Swarthmore he spent a summer at the Cold Spring Harbor Laboratories. There the influence of George Streisinger led him to molecular biology, a branch of biology concerned with the structure and development of biological systems.

Baltimore spent two years doing graduate work at the Massachusetts Institute of Technology (MIT) in biophysics. He then left for a summer at the Albert Einstein Medical College and to take the animal virus course at Cold Spring Harbor under Richard Franklin and Edward Simon. In 1965 he became a research associate at the Salk Institute of Biological Studies, working in association with Renato Dulbecco. Here he met fellow scientist, Alice S. Huang, and the two were married on October 5, 1968. In 1972 Baltimore was appointed to a full professorship at MIT. In 1974 he joined the staff of the MIT Center for Cancer Research under Salvador Luria.

Baltimore received many awards for his work in cancer research. In 1971 he was the recipient of the Gustav Stern award in virology (the study of viruses), the Warren Triennial Prize, and the Eli Lilly and Co. award in microbiology (a type of biology that investigates microscopic life forms) and immunology (a branch of science that involves the study of the immune system). His most prestigious award came in 1975 when he shared the Nobel Prize in Physiology and Medicine with Howard M. Temin and Renato Dulbecco for research on retroviruses (types of viruses) and cancer. His research demonstrated that the flow of genetic information in such viruses did not have to go from DNA to RNA (deoxyribonucleic acid and ribonucleic acid, living cells that help define an individual's characteristics) but could flow from RNA to DNA, a finding that changed the central belief of molecular biology.

Baltimore's interests later took him further into the study of how viruses reproduce themselves and into work on the immune systems of animals and humans, where he concentrated upon the process of developing antibodies (proteins that help the immune system fight infection). Central to much of this work was DNA technology, in which he maintained an active interest.

Baltimore proved himself an effective educator, conducting seminars with graduate students as well as his peers. He also became successful at directing research rather than doing it himself, again working closely with students.

In 1989 Thereza Imanishi-Kari, with whom Baltimore coauthored a 1986 paper on immunology, was charged with falsifying data. Imanishi-Kari, an MIT assistant professor, was cleared in 1996 when a top government ethics panel (a group that judges behavior) declared they found no wrongdoing. Although Baltimore was never connected to any wrongdoing, the incident caused him to withdraw the paper. He was also pressured by colleagues to resign (quit) from his presidency at New York's Rockefeller University, which he did in 1991.

In 1998 Daniel Kevles, a humanities and scientific policy professor at the California Institute of Technology who had followed the case closely, wrote "The Baltimore Case: A Trial of Politics, Science, and Character." Kevles investigated the events and proposed that Imanishi-Kari and Baltimore were unjustly given a bad name.

Baltimore was an early supporter of government-sponsored research on acquired immune deficiency syndrome (AIDS, an incurable virus that attacks the body's immune system). In December 1996 Baltimore became the head of a new AIDS vaccine research panel for the Office of AIDS Research at the National Institute of Health. The panel was formed to step up the search for an AIDS vaccine. He also became the president of the California Institute of Technology in 1997. 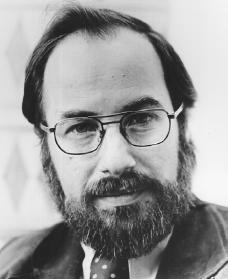 In 2000 President Bill Clinton (1946–) awarded Baltimore the National Medals of Science and Technology, the highest American award for science. He was honored for his discoveries in molecular biology, immunology, and virology.

Baltimore remains active in the scientific community. He is a strong supporter of the highly controversial issue of stem-cell research, a cancer research that takes cells from embryos. Baltimore argues that the study of such cells can greatly increase disease research. "Embryonic stem cells hold remarkable promise for reversing the devastation of human disease," Baltimore wrote in The Wall Street Journal in 2002. "To refuse to allow [the country] to participate in this exciting research would be an affront [an offense] to the American people, especially those who suffer from diseases that could one day be reversed by these miraculous cells."

Crotty, Shane. Ahead of the Curve: David Baltimore's Life in Science. Berkeley: University of California Press, 2001.